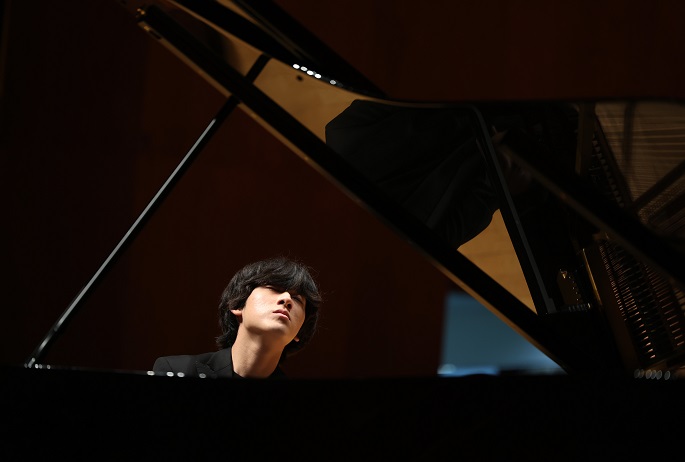 Pianist Lim Yunchan plays the piano during a press conference in Seoul on June 30, 2022. (Yonhap)

SEOUL, July 1 (Korea Bizwire) — A total of 37 South Korean nationals have won prizes at 25 international classical music competitions held in the first half of this year, a local cultural foundation said Friday.

Twelve Korean pianists were awarded at 13 contests, and seven violinists won medals at nine competitions during the January-June period, according to Kumho Cultural Foundation.

In competitions for viola and cello, four and six Koreans, respectively, reached a podium, while four wind instrument players and four artists from classic guitar, voice and others were also among the Korean laureates, it added.

At the Felix Mendelssohn Bartholdy Conservatory Competition held in January, three Korean pianists swept the podium, including Kim Jeong-hwan, who took the No. 1 prize.

For cello, Choi Ha-young won the Queen Elisabeth Competition, one of the three most coveted classical music contests in the world, last month. At the Irving M. Klein International String Competition in June, Kim Gaeun was named winner of the competition’s 37th edition.