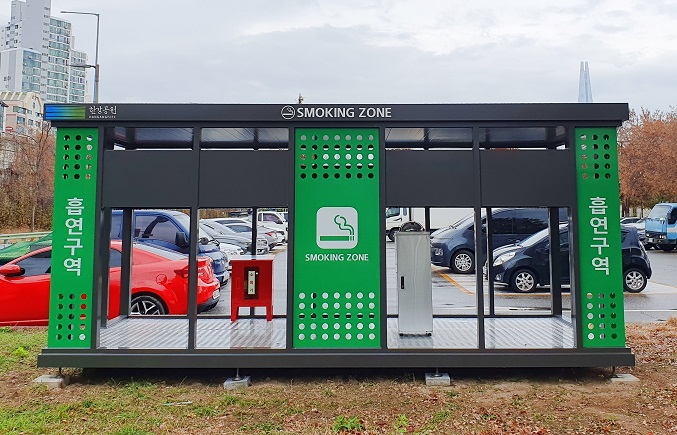 This photo, provided by the Seoul metropolitan government on Nov. 29, 2022, shows a smoking booth at a Han River park.

A total of 17 smoking rooms already have been installed in three riverside parks in the Yeouido, Ddukseom and Banpo districts, and the city government plans to add an additional 20 to bring the total to 37 by the end of the year, officials said.

The booths will be located at places with fewer pedestrians and far from children’s playgrounds, such as the corners of parking lots, they said.

After completing the installment, the city government plans to notify visitors to smoke only inside of the booths and launch a campaign promoting no smoking inside of the parks.

A recent survey showed 90.8 percent of 1,000 people living in Seoul agreed that no-smoking zones should be designated inside Han River parks, the officials said.