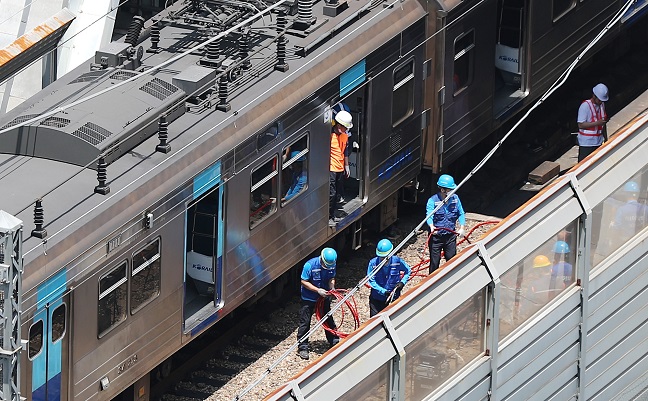 SEOUL, June 23 (Korea Bizwire) — At 10:43 a.m. on June 11, a subway train in Seoul slammed into another train stopped at Sanggye Station on Line 4 of the Seoul Metropolitan Subway network in Nowon District.

There were no human casualties, but train operation was stopped from Nowon Station to Danggogae Station for some time, causing inconvenience to passengers.

Train accidents continue to occur on a somewhat regular basis in South Korea, including a collision between two subway trains at Sangwangsimni Station on Subway Line 2 in 2014 which left about 400 passengers injured, a collision of trains on the Taebaek railroad in 2014, and the derailment of a Mugunghwa train in Yeosu in 2016.

Various factors are pointed out as contributing to train accidents, including lack of appropriate safety systems and equipment malfunctions. One of the key factors, however, is human error.

Compared to car accidents, the frequency of train accidents is low but even a single train accident could result in a huge number of casualties. With this in mind, efforts should be made to reduce human error, experts have stressed.

Although the number of train accidents has been on a downward trend thanks to technological advancements, they continue to occur every year.

According to a report published in April 2020 by the Aviation and Railway Accident Investigation Committee, which operates under the auspices of the Ministry of Land, Infrastructure and Transport, the number of train accidents stood at 10 in each of 2012 and 2013, 14 in 2014 and averaged 6.2 per year for the period between 2015 and 2019.

The reported found that 39 percent of the 66 train accidents occurred during the period from 2012 to April 2020 were caused by human error.