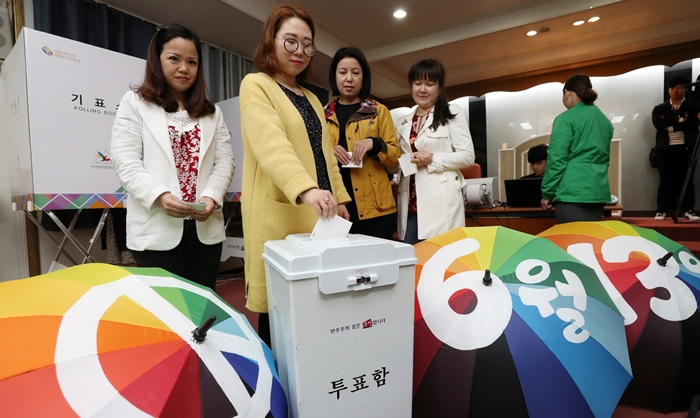 SEOUL, April 2 (Korea Bizwire) — As the number of foreign nationals in South Korea with voting rights to participate in next week’s Seoul and Busan mayoral by-elections reached more than 40,000 people, some sentiments are raising questions as to why they can vote.

Experts argue, however, that voting rights are their legal entitlement.

They are not allowed to vote, however, in elections for the presidency and representatives to the National Assembly.

“It is only logical that local residents, regardless of where they’re from, have the right to elect their local leader,” said Kim Min-ho, a law professor at Sungkyunkwan University.

“Presidential or general elections, however, are about representation of the country, which is why voting rights are reserved for those who are Korean nationals.”

The National Election Commission reported only 0.25 percent of the voters in the 7th provincial elections held in 2018, when foreign voters exceeded 100,000 people for the very first time, were foreigners.

Experts say that it is a universal trend to endow local voting rights to qualified foreigners.

Sungkyul University Multiculture and Peace Institute reported that there are 45 countries that give minimum voting rights to immigrants.