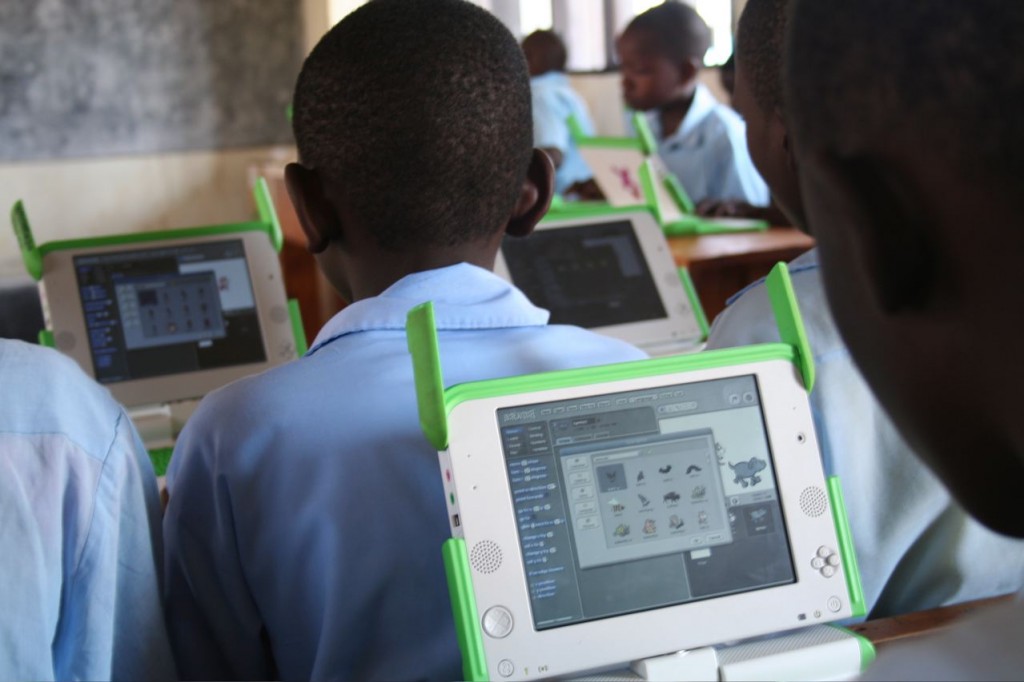 African IT infras are undergoing leaps and bounds at a rapid pace. (image: At a primary school in Kigali, Rwanda in 2009 / Wikipedia)

SINGAPORE, Feb 05, 2014 (Korea Bizwire) – By end-2018, half the African population will be covered by LTE  networks, as LTE base station deployment swells at a CAGR of 40% over  the next five years, finds ABI Research.

However, LTE network population coverage will be far from homogenous  across the region, with a few countries such as Angola and Namibia  nearing the halfway point already while wealthier nations like Botswana  and Gabon have yet to deploy the advanced technology. “Part of the  underlying reason for this digital divide is the different types of  initiatives driving LTE roll-out,” comments Ying Kang Tan, research  associate. “We expect wholesale or shared networks such as the joint  venture between the Rwandan government and Korea Telecom and the  public-private partnership proposed by the Kenyan government to spur LTE  deployment. While the public-private partnership has stalled, the  government is considering a spectrum sharing agreement to resolve the  matter. Other initiatives such as a pure LTE operator, Smile, will also  introduce new dynamics into the wireless market.”

Meanwhile, African LTE cellular subscriptions are projected to multiply  at a CAGR of 128% to surpass 50 million at the end of 2018—nearly half  are expected to be able to use VoLTE services.

“What makes this exponential subscription growth possible is the  increasing affordability of LTE handsets a few years down the road,”  notes Jake Saunders, VP and practice director. “LTE handset shipments  will increase by 75% annually on average in the next five years. Given  the poor fixed-line infrastructure, people will depend on the wireless  network for Internet access. There is a strong business case for mobile  operators to roll-out LTE early to take advantage of the opportunity.”

The “4G Subscribers, Devices and Networks” Market Data contains regional  as well as selected country-level segmentation for the 4G market,  including mobile WiMAX and LTE. Segmentation includes subscribers,  devices and base stations. These findings are part of the LTE  & 5G Research Service (https://www.abiresearch.com/research/service/lte/).