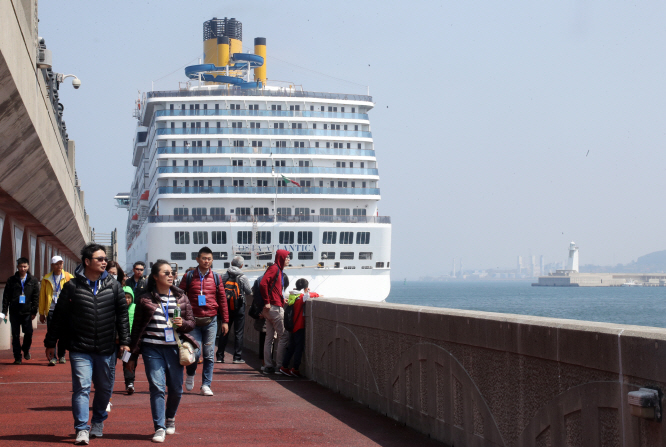 The employees of Yi Yong Tang began a six-day trip to tourist attractions in Seoul and Incheon, west of Seoul, on the day, according to the Korea Tourism Organization (KTO).

The trip by the Chinese company, based in Shenyang, China’s Liaoning Province, marked the largest one as a company’s incentive travel since 2017.

The Chinese tourists are scheduled to attend a special concert by singers Hwang Chi-yeol and Lee Jung-hyun in Incheon on Thursday during a company event.

“By making efforts to draw corporate incentive travel groups, we hope to achieve this year’s objective of drawing more than 20 million visitors from foreign countries,” a KTO official said.

The number of inbound visitors to South Korea reached the 17.25 million mark last year, surpassing the previous annual record of 17.24 million set in 2016.