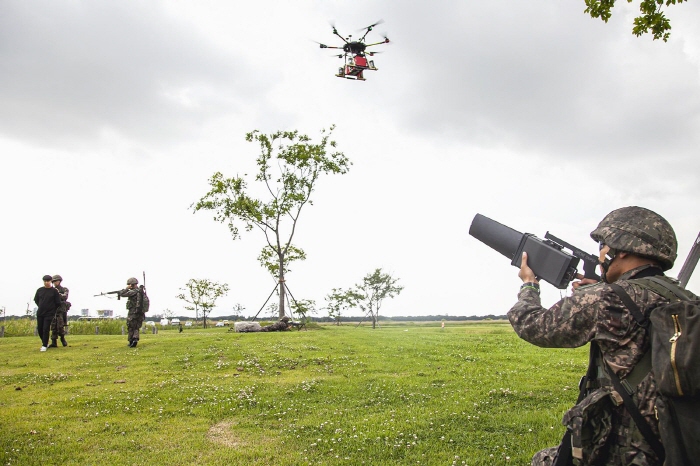 There are a number of studies related to detection and neutralization of drones, but only a few of them have been commercialized. (image: SK Telecom Co.)

SK Telecom explained that it is South Korea’s first system ever created to detect, identify, track, and neutralize illegal drones.

There are a number of studies related to detection and neutralization of drones, but only a few of them have been commercialized.

A series of international airports, including England’s Gatwick Airport, and Germany’s Frankfurt Airport, are falling victim to illegal infiltration by drones,

But most aviation agencies and facilities still resort to the traditional methods of keeping watch through the naked eye and fall short of going beyond an announcement broadcast.

Once released, the new system will be installed in various locations throughout the country as well as exported overseas.

“Once the Drone Traffic Management System (UTM) is complete, both private and business drones will be commercialized in the next one or two years, which is why it is essential to develop a counter-drone system now to tackle illegal drones,” said Choi Nak-hoon, the head of the 5GX IoT/Data Group at SK Telecom.