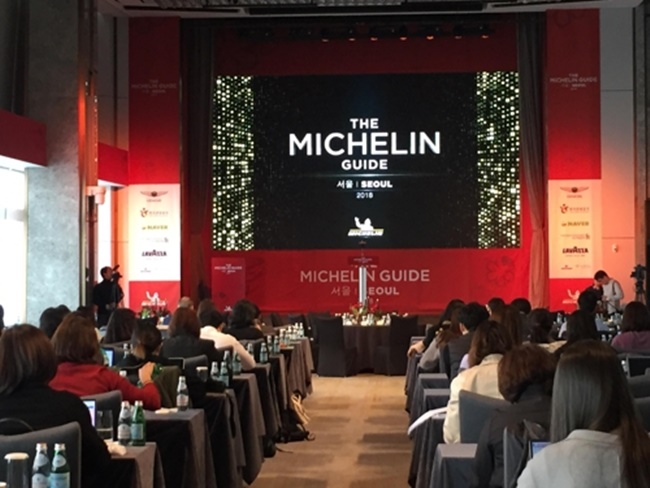 This photo, taken Nov. 8, 2017, shows a conference room in Lotte’s skyscraper in Seoul where the awards ceremony for the Michelin Guide was held. (Image: Yonhap)

In the second edition for Seoul, two Korean restaurants — Ga On and La Yeon, which received the highest ranking from France’s famed food guide last year — maintained their three-star rating.

“We are excited to announce that our selection has been enriched by newly found restaurants, showcasing the vibrancy of the local dining scene in Seoul,” Michael Ellis, International Director in charge of the Michelin Guides, said during the awards ceremony in Seoul.

The guide, published by the French tiremaker, bestows three stars to dining places offering exceptional cuisine worth a special journey and gives two stars to restaurants worth a detour for excellent cuisine.