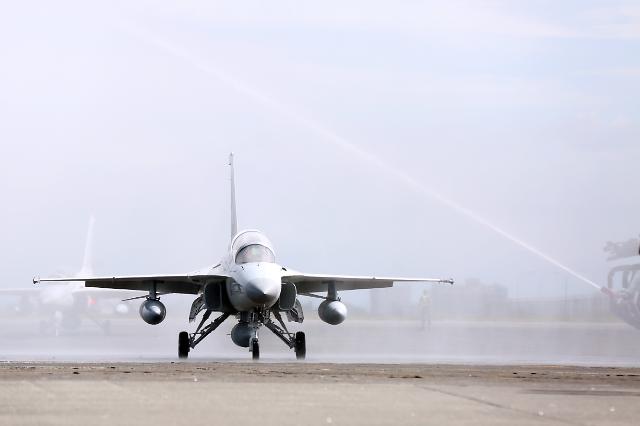 In this photo taken on Dec. 2, 2016, an FA-50PH trainer jet built by Korea Aerospace Industries Co. arrives at Clark Air Base. (Yonhap)

PYEONGTAEK, Jan. 3 (Korea Bizwire) — About 63,000 residents of Pyeongtaek will receive monthly compensation for noise pollution coming from a military airport in the city, officials said Monday.

According to the government of Pyeongtaek, a city about 70 kilometers south of Seoul, the residents of 10 administrative units, including Sinjang and Paengseong districts, will receive monthly compensation from August under the military noise pollution compensation act which took effect last year.

South Koreans and foreigners who have been registered as residents of the districts between Nov. 27, 2020, and Dec. 31, 2021, are eligible for compensation application.

The city’s deliberation committee will review the applications and deliver the results by May, officials said.