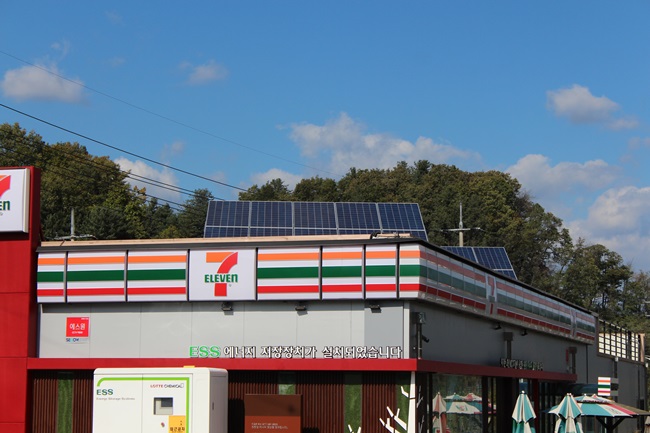 Of all convenience store operators in South Korea, 7-Eleven had the greatest number of complaints with 172 cases within the last five years. (image: Korea Energy Agency)

SEOUL, Oct. 8 (Korea Bizwire) — The convenience store giant 7-Eleven was found to have the greatest number of official disputes between its main office and franchise stores.

According to parliamentary audit files submitted to Rep. Cho Bae-sook of the Party for Democracy and Peace, there were 498 dispute cases regarding convenience stores filed at the Korea Fair Trade Mediation Agency between 2014 and September of this year.

The disputes were between individual franchise owners of convenience stores and the head offices of major convenient store chains.

This year alone, as of September, 146 dispute cases have been filed with the Mediation Agency.

The greatest number of complaints were regarding false or exaggerated information, with 74 cases, followed by 32 cases of forced compensation of damages, 31 cases of unfair use of authority, 24 cases of business zone infringement, and 21 cases regarding privacy issues.

Of all convenience store operators in South Korea, 7-Eleven had the greatest number of complaints with 172 cases within the last five years. However, only 109 cases have been moderated, as seven of the 63 cases have been found invalid.

The remaining 48 cases have been cancelled or terminated, leaving the number of ongoing pending cases at seven.

Other convenience store operators such as Ministop, CU and GS25 have also had complaints filed against them over the last five years, with 119 cases, 98 cases and 40 cases, respectively.

Cho said that franchise store owners have been pushed to the edge by convenience store head offices. “A special measure must be created to root out the unfair practices that are ongoing in the industry,” said the lawmaker.