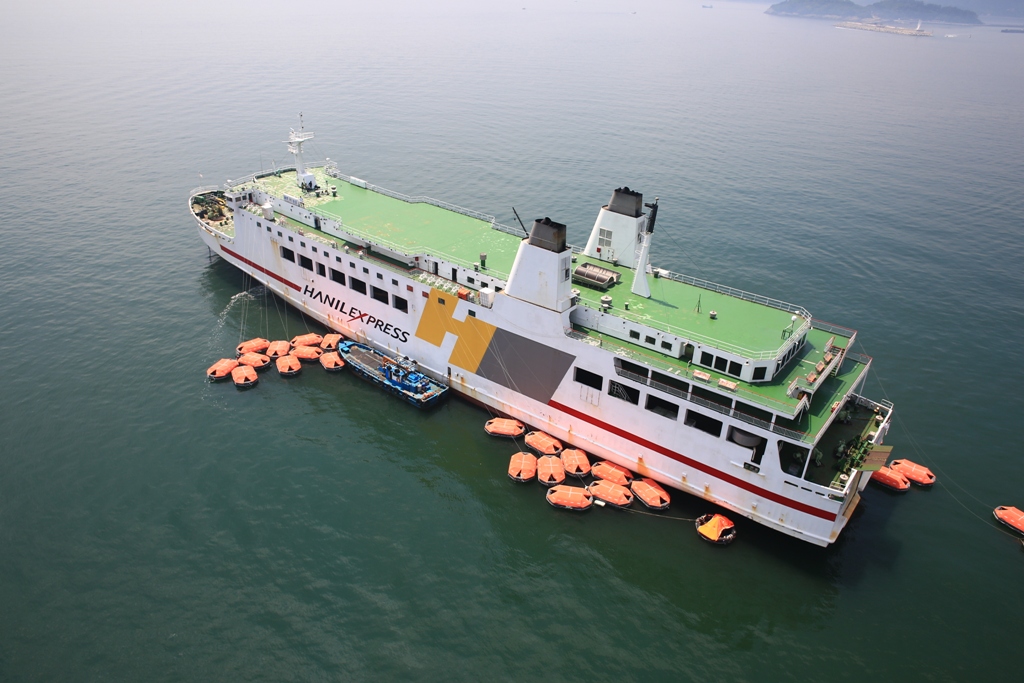 Hanil Express said on June 16 that it has held a safety check on its Hanil Car Ferry No. 1 including 40 life rafts off Yeosu.(image: Hanil Express)

SEOUL, June 18 (Korea Bizwire) – Hanil Express, the company specializing in maritime passenger and cargo transportation, said on June 16 that it has held a safety check on its Hanil Car Ferry No. 1 including 40 life rafts off Yeosu.

In its 2014 regular annual safety checkup, the company inspected all the 40 rafts by putting them in the sea. The rafts worked normally, with the time it took for the rafts to inflate themselves lasting about 12 seconds.

Choi Ji-hwan, Hanil Express vice president, said, “Since the Sewol ferry accident, all ferry boats are required by law to strengthen their safety systems.Even though we do the inspection every year, this time we added a test of throwing all the rafts to the sea and see how long it takes to inflate.” Normally safety inspections are conducted by throwing a random number of rafts on both portside and starboard.

The 6,327-ton Hanil Car Ferry No. 1 is capable of carrying up to 1,000 passengers and 190 vehicles. The ferry shuttles back and forth between Wando and Jeju once a day. Hanil Express operates a total of three boats in the Wando-Jeju route.