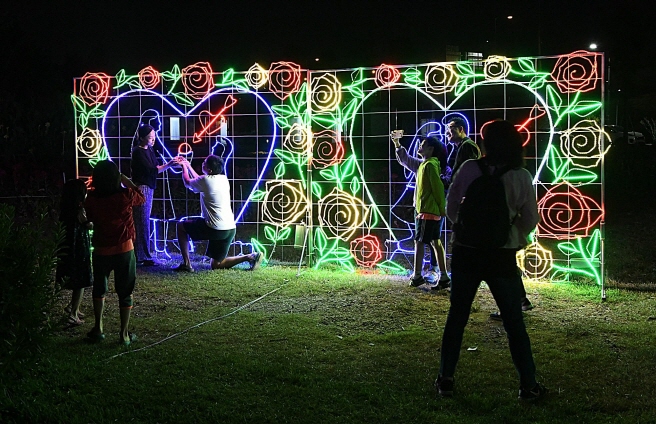 GURI, Oct. 2 (Korea Bizwire) — Various sculptures made using LEDs have become popular after being installed at the Cosmos complex along the Han River in Guri, Gyeonggi Province, and at Guri Station on the Gyeongui-Jungang Line.

The city installed some 40 LED sculptures for the Cosmos Festival held from September 27 to 29.

Using stainless steel frames, the city installed various sculptures, including flower windmills, peacocks and doors of happiness, and decorated all the sculptures with LEDs. 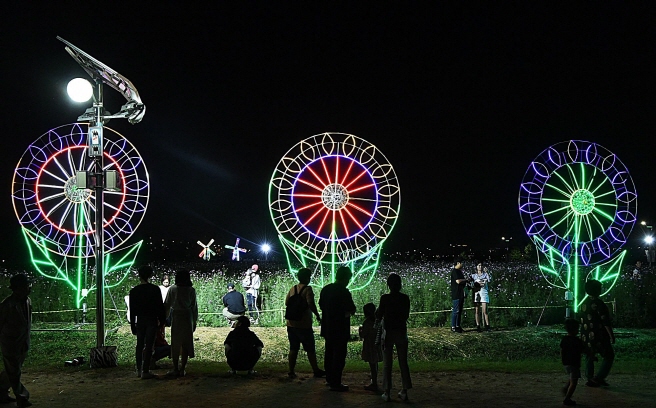 As the LED sculptures have been well received by the public, the city decided to extend the operation until Sunday at Guri Station Square and at Cosmos Complex until October 13.