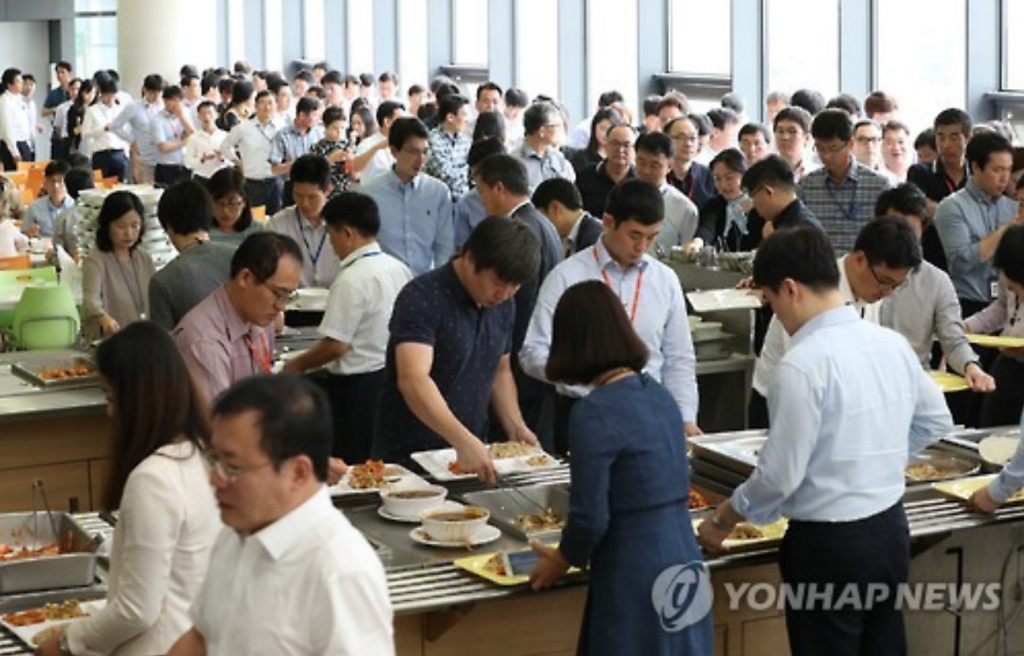 A cafeteria at the Sejong Government Complex. (image: Yonhap)

SEOUL, March 8 (Korea Bizwire) – South Korea’s government offices will now be asked to ensure their employees get at least nine hours of rest after work under the government’s new initiative to help improve the health of civil servants, officials said Wednesday.

Social media and phone communications with government employees during off-duty hours will also be discouraged under the so-called “2017 Guideline on Government Office Revamp” unveiled by the Ministry of Personnel Management.

The guideline recommended a 40-hour workweek and flexible adjustment of work hours within a range of 4 to 12 hours, the ministry said, explaining that an employee who returns home at 1 a.m. due to overtime, for instance, can be allowed to report to work by 10 a.m. later the same day.

Long working hours in the nation’s public and private sectors have been blamed for various social ills.

The new rule also asked that weekend and holiday work be strictly regulated except for emergencies and instruction or meetings be avoided just before closing hours, the ministry noted.