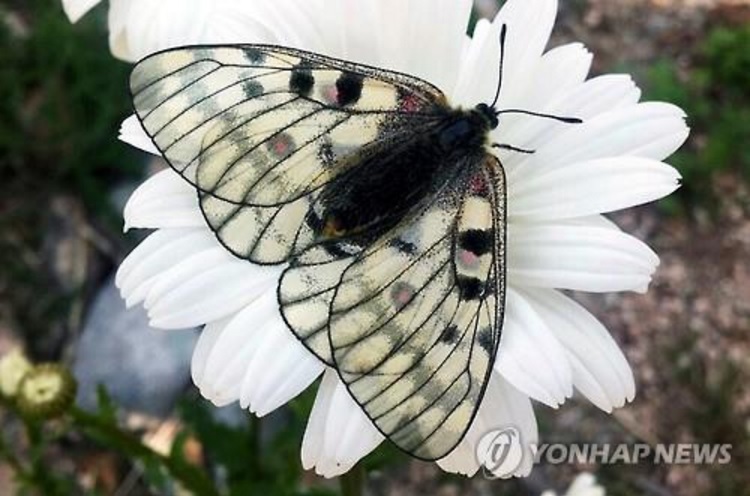 SEOUL, June 16 (Korea Bizwire) – An abandoned mine area in Gangwon Province is hoping to return to its previous glory, this time as a sanctuary for endangered animals.

This is the second time that endangered species have been released in the area since last June.

The animals were released near the top of Baegunsan Mountain ski resort and Mulhalli Valley. There used to be mines in these locations, and Parnassisu bremeri and Manchurian trout are endangered species.

The project marks the beginning of efforts to restore native habitat in abandoned areas. These abandoned areas suffered from a loss of biological diversity due to mine development.

Baegunsan Mountain used to be home to Parnassisu bremeri, with orange stonecrop recently being spotted. Jungamsa Temple, located in Jeongseon County, is a well-known habitat for Manchurian trout.

Two of the species that have been released appear to be making efforts to settle in the abandoned mine areas.

“This three-year project will run until next year, with an emphasis on restoring ecological environments in abandoned mine areas that have been destroyed by coal mining,” said a government official.