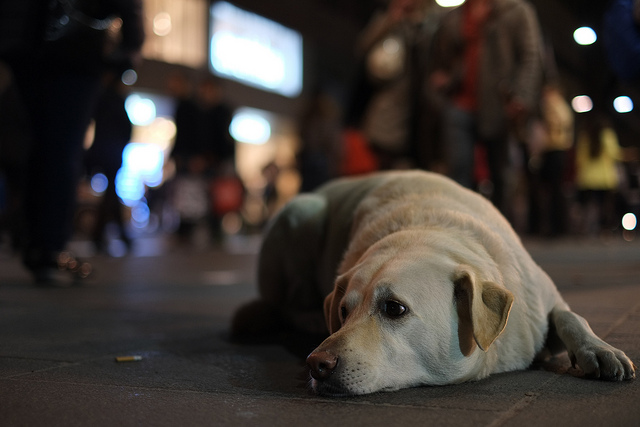 The wild dogs, estimated to number in the hundreds in Seoul, are assumed to be descendants of pets abandoned three to four generations ago. (image: Raffaele Esposito/flickr)

SEOUL, March 23 (Korea Bizwire) — The Seoul city government is planning to aggressively manage the local population of wild dogs, which have become a safety threat, said officials on March 22.

The wild dogs, estimated to number in the hundreds in Seoul, are assumed to be descendants of pets abandoned three to four generations ago. The dogs are causing troubles that are similar to wolf attacks on villages in the past.

Although there have been no human casualties reported in Seoul, the wild dogs are killing off small animals, roaming around towns looking for food, and possibly carrying rabies. The city government has even allowed authorities to use air guns in situations where human safety is threatened by the dogs.

It is estimated that there are approximately 60 wild dogs currently living in Bukhansan National Park, according to city officials. However, the dogs are multiplying fast, and moving all around the mountain, making it hard for city officials to determine their exact numbers.

The city has captured a total of 267 wild dogs since 2009. In 2014 alone, 79 wild dogs were caught, and the number of complaints is steadily increasingly.

Moreover, the city’s animal rescue agencies are blocked from carrying out targeted capture programs, such as those involving the use of tranquilizer guns, and have difficulty managing the animals that are caught, since dogs are not designated as ‘wild animals’ according to current laws.

Due to this legislative setback, rescue agencies are limited to the use of box traps, and must keep the dangerous dogs with other lost pets at their protection centers. The city already made a proposal to the Ministry of Environment to amend the related law, in May 2014, but has yet to receive a response.

The wild dogs move in packs, and are quickly learning how to avoid the box traps that the various government agencies are using. Under the city government’s new plan, Seoul’s district offices are encouraged to use a number of different trap designs, including fences and nets. The city is also planning to launch an awareness campaign to remind citizens not to feed stray dogs, and to stay away from the traps.

Citizens residing near mountain areas in Seoul are increasingly urging the city to use tranquilizer guns to catch the wild dogs, which some have characterized as being as wild as wolves and boars.

Animals with rabies were reported in 2006 in Seoul’s Eunpyeong-gu district, and officials reported that although food treated with anti-rabies medication has been disseminated widely, wild dogs in the city are smart enough to ignore the drugs and eat the food. Wild dogs have been seen in Eunpyeong-gu, Jongno-gu, Seongbuk-gu and Seodaemun-gu. Currently, more than 7,000 dogs are abandoned in the city every year.