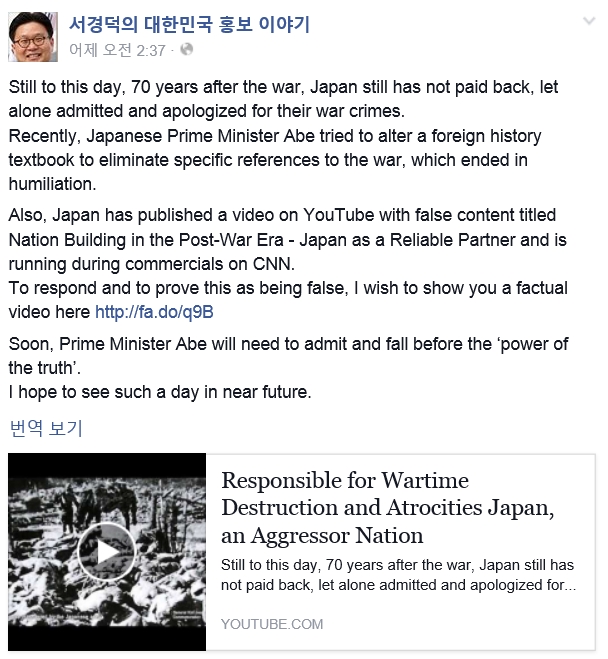 SEOUL, May 1 (Korea Bizwire) — Professor Seo Kyung-Duk has placed an advertisement on Facebook which speaks about his arguments against Japanese Prime Minister Shinzo Abe’s claim on April 29 at a US Congress speech that growth in Korea, Taiwan, ASEAN countries and China resulted from Japan’s efforts to make capital and technology investments in those countries.

The professor from Sungshin Women’s University, who is famous for promoting Korea both online and offline, has posted a clip arguing against Japan’s new diplomatic arguments about contribution to the growth of Asian countries on April 24.

Professor Seo also published an advertisement in the New York Times on April 29 concerning the Pearl Harbor attack, which speaks about Japan’s responsibility to accept and apologize for its war crimes.

Seo will produce and distribute the clip in many languages, including Japanese.