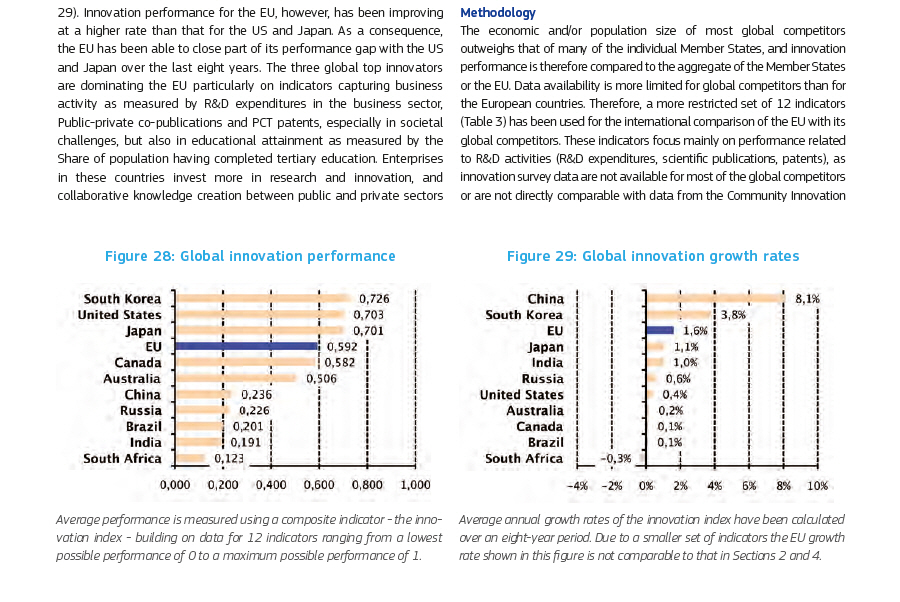 SEOUL, Jul. 25 (Korea Bizwire) — South Korea topped a list of most innovative countries, data showed Sunday, outpacing other key countries around the globe, including the United States and Japan.

According to the data compiled by the European Commission, South Korea had the highest global innovation performance, with a score of 0.726, hovering above the 0.703 and 0.701 posted by the U.S. and Japan, respectively.

“South Korea is more innovative than the EU, and the innovation lead has been increasing over the last eight years,” the report said.

“South Korea is much more active (than the EU) in public-private co-publications, in applying for patents and, in particular, the country spends more than twice as much on business R&D as a share of its gross domestic product,” it added.