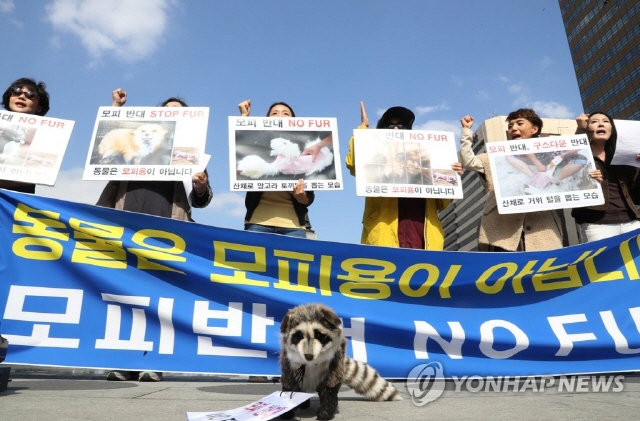 The activists said that over 100 million animals met their deaths due to the desires of modern consumers. (image: Yonhap)

“Korea is one of the countries that imports and consumes animal fur the most,” said the activists, adding that the fur products were made by removing the fur while animals were still alive. “It’s the worst type of animal abuse.”

The groups also claimed that due to the lack of social awareness on the topic, demand and consumption of fur products have been increasing in recent years.

The recent fad of racoon fur coats has become very popular, further exacerbating the situation for animals that are wanted for their hide.

The activists said that over 100 million animals met their deaths due to the desires of modern consumers. “The importation and sale of fur products must be stopped in South Korea,” said the animal rights activists.