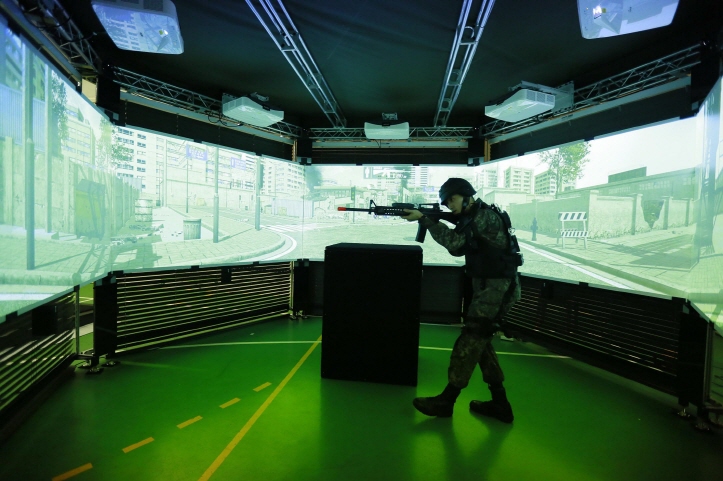 SEOUL, Aug. 31 (Korea Bizwire) — The Korean army showed off firing exercises based on virtual reality and training exercises in augmented reality at the Korean Military Academy yesterday with 80 high-level military officials present at the demonstration session including Kim Yong-u, the Army Chief of Staff.

Last year, the Korean Military Academy won a bid placed by the Ministry of Science Technology & Innovation to create a comprehensive training system based on virtual reality technology.

The ministry funded the project with a budget of 3.2 billion won that required 16 researchers to develop a simulator for firing exercises and tactical training to be carried out in virtual reality in addition to a simulator for command and control training based on augmented reality.

A program that collects training data and analyzes the effectiveness of various training exercises was also created as part of the comprehensive system.

A military official said that the system re-creates the same type of recoil and sound as an actual rifle, allowing soldiers to train under conditions that are similar to real-life situations.

The command and control training will allow soldiers to play war games inside three-dimensional topography thanks to the help of augmented reality, a far cry from the sandboxes used for the exercises in conventional training.