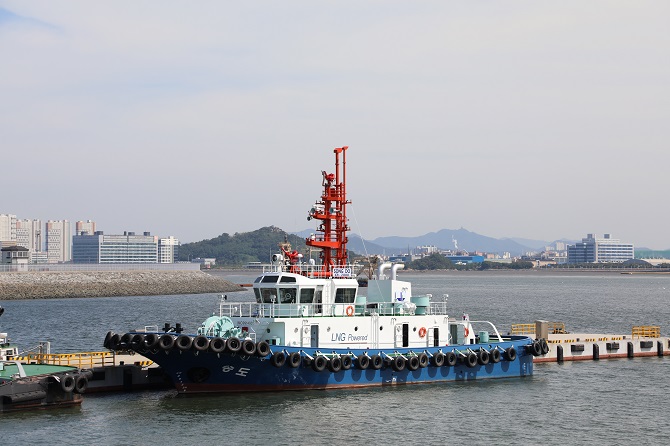 The Incheon Port Authority (IPA) said Monday that the LNG-powered 310-ton tugboat Songdo had started operations at the port of Incheon, west of Seoul.

The tugboat was developed as part of a project financed by the Ministry of Oceans and Fisheries to replace old tugboats with diesel engines that emit a huge amount of pollutants with eco-friendly models.

The LNG-powered tugboat will assist with berthing or departure operations of large gas carriers entering or departing from the Incheon LNG terminal.

The port operator’s analysis of the switch from heavy oil to LNG suggested that the fuel change would contribute to greatly reducing emissions of air pollutants, including nitrogen oxides (90.2 percent), sulfur oxides (100 percent), carbon dioxides (24.3 percent) and fine dust (94 percent).

The Incheon Port Authority added that it used locally-made equipment for up to 80 percent of the LNG-powered tugboat, achieving a higher level of perfection as a homegrown model.