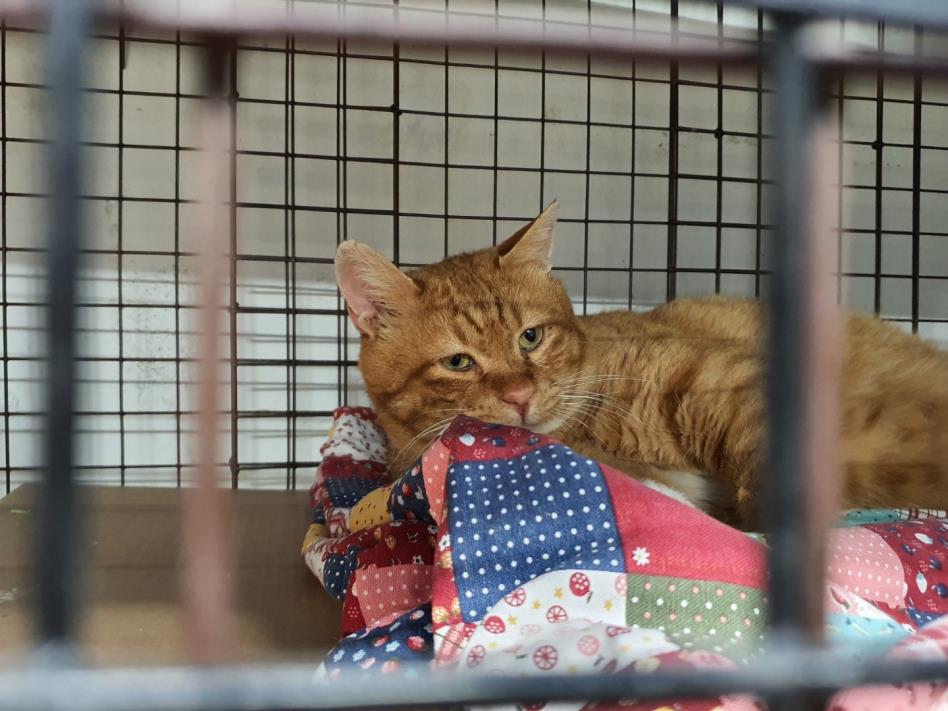 At the volunteers’ main office, some 50 stray cats are awaiting adoption. (Yonhap)

The project began in February, with participants rescuing stray cats abandoned in the redevelopment zone near Seoul’s Hankuk University of Foreign Studies subway station and sending them for medical treatment and adoption.

The project, which was expected to run for three months, has instead continued for eight straight months as participants are still mending the wounds of stray cats and sending them for adoption.

Volunteers rescued more than 100 cats between mid-March and May, 60 of which have been adopted by new families.

At the main office, some 50 stray cats are awaiting adoption.

Stray cats living in redevelopment zones perish in many cases because of their tendencies to hide under destroyed buildings or return to where they used to live, which is why sending them to a family, instead of a different area, is crucial.

“Cats spend the rest of their lives in the place where they were first born,” said activist Moon Seong-shil. “If we rescue them and release them to a different area, it would be difficult for them to adjust to the new environment.”

Activists did not originally intend to carry out the project on a long-term basis. However, volunteers and contributions from nearby universities have helped them financially to continue the work.

“Stray cats in the city may look cute and free, but they always struggle to find water as they eat food waste thrown away by people, resulting in a swollen body,” said activist Kwon Bo-ra.

“I hope the rescued stray cats can live in a better environment.”