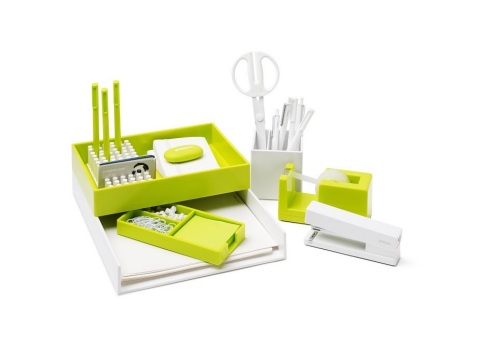 FRAMINGHAM, Mass. April, 8, 2014 (Korea Bizwire)–The majority of administrative professionals are happier than their  bosses (61 percent vs. 18 percent), according to the third annual  Staples survey of non-admin and admin workers in honor of National  Administrative Professionals’ Day on Wednesday, April 23. And for the  second year in a row, a majority of respondents say the admin boosts  employee morale and is a better team player than the boss. The online  poll also found:

When it comes to who holds the most power in the office, the boss wins.  But second in command is the admin, ahead of the chief financial officer  and human resources director. And once again, the majority of survey  participants report the admin is working harder than ever and supporting  more people than the previous year.

“Staples is proud to recognize the great work being done by  administrative professionals and the critical role they play in  companies across the country,” said Mike Edwards, Staples executive vice  president, merchandising. “National Administrative Professionals’ Day is  an opportunity to thank these hard-working individuals for helping their  businesses make more happen every day.”

According to the survey, more than one-third of businesses plan to  celebrate National Administrative Professionals’ Day. To help offices  recognize their contributions, Staples offers an assortment of great  gift ideas for your admin, with free shipping for Staples Rewards  Members and next day delivery in most cases, including:

In honor of National Administrative Professionals’ Day, Staples is  teaming up with administrative assistants to celebrities, such as Omar  Berumen and Jake Rubin, assistants to Patti Stanger of Millionaire  Matchmaker, Sarah Knight, assistant to E! News anchor  Giuliana Rancic, and Tami Olin, assistant to legendary artist Wynonna  Judd. Join them, plus national small business expert Melinda Emerson (@SmallBizLady),  the Executive Assistants Organization (@BehindELeader),  and Vera Sweeney of Lady and the Blog (@VeraSweeney)  for a Twitter Party on April 23, 2014 from 1-2 p.m. ET. Join in and use  the hashtag #CelebrateAdmins for a chance to win prizes including a  Kindle Fire HDX, and learn more interesting tidbits from the survey.

The Staples #CelebrateAdmins Survey was conducted via SurveyMonkey and  launched via Staples Twitter handle on March 17, 2014. The survey closed  March 31, 2014 and received 613 responses.

Staples makes it easy to make more happen with more products and more  ways to shop. Through its world-class retail, online and delivery  capabilities, Staples lets customers shop however and whenever they  want, whether it’s in-store, online or on mobile devices. Staples offers  more products than ever, such as technology, facilities and breakroom  supplies, furniture, safety supplies, medical supplies, and Copy and  Print services. Staples also offers free shipping for Staples Rewards  Members, in most cases overnight. Headquartered outside of Boston,  Staples operates throughout North and South America, Europe, Asia,  Australia and New Zealand. More information about Staples (SPLS) is  available at www.staples.com.