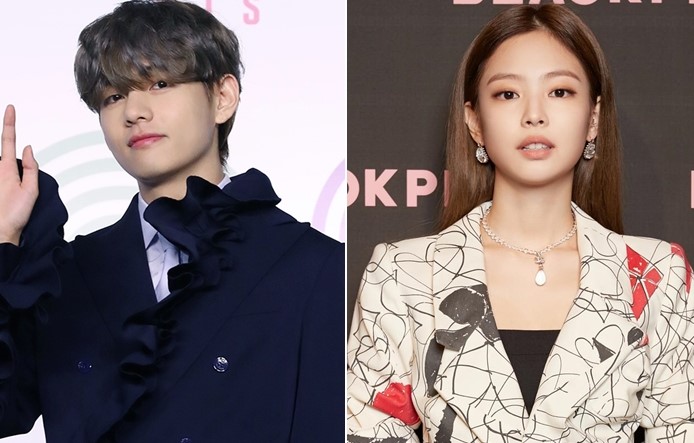 The photos, provided by Big Hit Music and YG Entertainment on May 23, 2022, show V of K-pop boy band BTS (L) and Jennie of girl group BLACKPINK.

SEOUL, May 23 (Korea Bizwire) — Management agencies of V of BTS and Jennie of BLACKPINK on Monday stayed silent over rumors that two of South Korea’s hottest K-pop stars are dating.

Big Hit Music, the management of K-pop superstars BTS, and YG Entertainment, the agency of popular girl group BLACKPINK, both did not confirm the rumors of romance despite a flurry of questions from the media.

The rumors around V and Jennie came to the limelight after a photo of two young people on Jeju Island, a popular vacation spot off the south coast, was uploaded anonymously on a website.

The account that posted the photo said that the two people pictured, both wearing sunglasses, strongly resembled the two mega stars.

The K-pop agencies’ silence fueled fans’ suspicions, as this is the second time that YG Entertainment refused to confirm a dating rumor involving Jennie, following a rumor she had dated BIGBANG’s G-Dragon in February 2021.