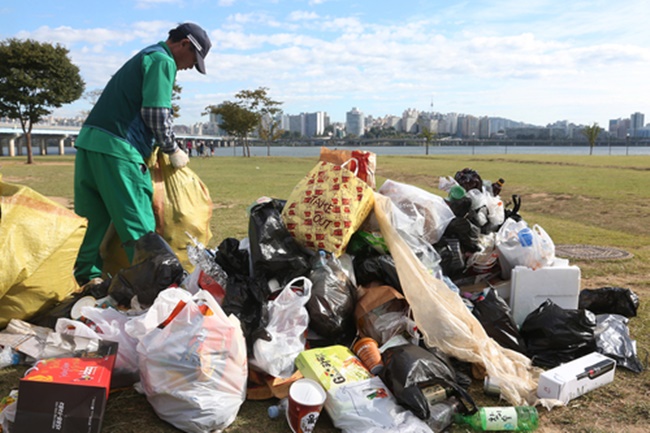 The Rural Development Administration (RDA) said on Tuesday it has set out a system both in terms of technology and policy to promote food waste bioconversion by environmentally beneficial insects Ptecticus tenebrifers. (Image: Yonhap)

The Rural Development Administration (RDA) said on Tuesday it has set out a system both in terms of technology and policy to promote food waste bioconversion by environmentally beneficial insects Ptecticus tenebrifers.

Each Ptecticus tenebrifer can consume between 2 and 3 grams of food waste and process it. The discharge then is used as fertilizer, as well as fodder for larvae and pupas.

For instance, Ptecticus tenebrifers fed 100 tons of food waste can produce up to 10 tons of fodder insects.

The new initiative from the RDA is set to boost organic food waste processing in South Korea, as a lack of facilities to process and save large volumes of food waste using insects has stopped the growth of the industry.

The RDA set out new regulatory standards last October for waste treatment facilities that use Ptecticus tenebrifers, lifting the 100-kilogram cap on the daily maximum amount of food waste to be treated at processing facilities.

South Korea spends up to 800 billion won each year to process food waste.

Against this backdrop, agriculture officials are pushing organic food waste processing systems, a more environment friendly option that can cut down the overall cost and even generate income.

“Thanks to the lax regulations, we expect to reach 15 billion won in sales from food waste processing and the production of fodder insects,” one waste treatment company in North Jeolla Province said.

“Using Ptecticus tenebrifers in food waste treatment, we hope to branch out into the new business sector and create new jobs in the agriculture industry,” said Park Gwan-ho, an official responsible for insect business development at the RDA.