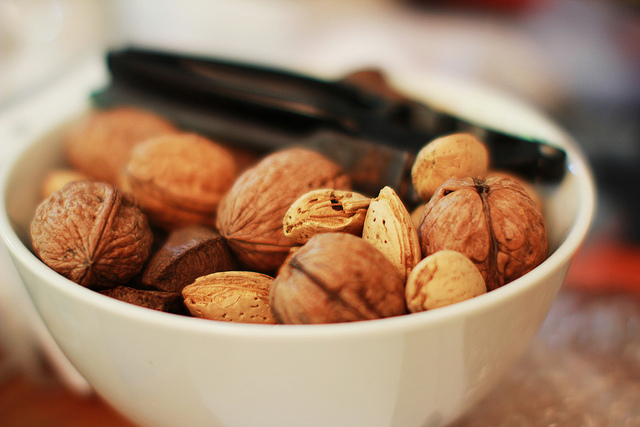 On the back of the nuts fad, their imports have also increased rapidly. (image:naomii.tumblr.com @flickr)

SEOUL, Korea, Nov 18 (Korea Bizwire) – Nuts, such as peanuts, walnuts, pistachios, and almonds, have become popular among Korean consumers for the past few years. The love of nuts is going strong of late, especially in the form of small packages of 25 to 30 grams a pack. The small-pack nuts are well liked by busy office workers and students who take the packages to work and school for healthful snacks. Already in November last year, the sales of hard-shelled nuts at E-Mart overtook those of other imported fruits such as bananas, kiwis, and oranges. According to TicketMonster, Korea’s major social commerce operator, its sales revenue from nuts rose to more than 1 billion won in the second half of this year from only 300 million won in the first.

On the back of the nuts fad, their imports have also increased rapidly. The Korea Customs Service said early in the year in a report “Import Trend of Nuts for Past 10 Years” that last year’s nuts imports were US$297.4 million (48,322 tons), hitting the record-high level. Comparing to the figures ten years ago in 2003, the 2012 numbers are 641 percent higher in value terms and 226 percent in quantity terms. From 2011, the comparable numbers are up 46 and 36 percent, respectively. The customs service said the nuts imports have risen 25 percent a year on average for the past ten years.

By item, almonds took the largest share of 47 percent, followed by walnuts (23%), chestnuts (16%), coconuts (8%), cashew (4%), and pistachios (2%). The volume of almond imports has increased six-fold since 2003, with 99.9 percent of them originating from the United States. The imports of walnuts have grown 16 times for the last ten years.

Until recently, red ginseng has been by far the most preferred item for Koreans’ health. But its undisputed status is being threatened by the nuts, largely because many consumers try to cut back on their grocery spending in the face of the protracted recession. For example, Lotte Mart reported that its May red ginseng sales declined 17.1 percent from the same month in 2012, while those for nuts rose 43.1 percent. The same is seen in Home Plus where the comparable figures in May were -14.4 percent and 5.0 percent. Most online shopping malls report similar patterns, with red ginseng sales down 4 percent during the January-May period while those for nuts rising 42 percent. 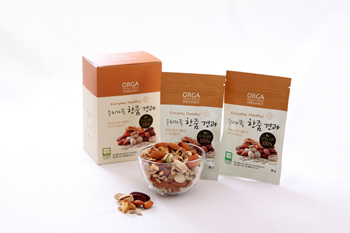 The small-pack nuts are well liked by busy office workers and students who take the packages to work and school for healthful snacks. (image: Orga Whole Foods)

Marketers extol the genius of the small-pack nuts by saying this is the outcome of considering three latest trends: economic slowdown, healthy-eating fad, and the rise of one-person families. Dongwon F&B is one of the companies that saw the trend early. Its “One-week Fresh Nuts Program” offers seven 25-gram packs for one week’s supply of nuts, with the day of the week printed on each bag. Daesung Welbay, a Daesung Group company specializing in organic and other healthy food items, has also launched “Everyday Green Premium Organic Nuts” that allow consumers to get their daily dose of nuts in small packages. Its nuts are coming from an organic farm in California directly owned by the company, with organic certifications secured both from the U.S. Department of Agriculture and the Korean Ministry for Food, Agriculture, Forestry, and Fisheries.

Orga Whole Foods, an organic food retailer affiliated with Pulmuone Foods, has also come up with “My Family’s Handful” that offers five different nuts including roasted almonds, pecan, sunflower seeds, walnuts, and pistachios in one pack. Each bag is packaged in 28 grams following the recommendation of the Korean Nutrition Society, with no sugar or dried fruits in the bag.

With the explosive growth of the nuts market, even books on how to eat nuts well and more nutritiously have been published. Doctor Nuts, a specialty healthy food brand, has recently unveiled a cookbook “The World’s Nuts Recipes: 104 Different Ways to Eat Nuts” through Youngjin Media. The company is one of the pioneers that has introduced the nuts fad to Korea and has since been active in instilling healthful eating culture. 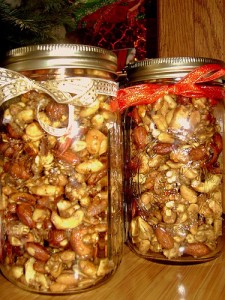 If you don’t store nuts in the refrigerator in closed containers or bags and leave them outside, you are running the risk of nuts going rancid and, worse, Aflatoxin contamination. (image: allyrose18 @flickr)

According to the company, eating nuts is one of the best ways to keep yourself healthy but you must be careful in storing them in refrigerators. That’s because, a company official explained, exposing nuts in room temperature may cause the nuts to host Aflatoxin, a type of fungi which is toxic and among the most carcinogenic substances known. The company conducted a survey on 1,000 adult women in their age between 27 and 50 who said they are regular eaters of nuts and found that more than a half of respondents stored nuts in room temperature.

To a survey question “Where do you keep leftover nuts?” 43.6 percent of the respondents answered that they keep them in the refrigerator’s freezer or cold storage. But the remaining 56.2 percent said they leave the nuts on the dining table or in the pantry or cupboard. As to a question “what kind of container do you use to store the nuts?” 46.4 percent said they use food containers made of glass or plastic. It was followed by zipper bags (29.8%), the original package (20.9%), and open bowls or cups (2.9%).

The Doctor Nuts official said, “More than a half of the respondents are storing nuts in an incorrect way. If you don’t store nuts in the refrigerator in closed containers or bags and leave them outside, you are running the risk of nuts going rancid and, worse, Aflatoxin contamination. The International Agency for Research on Cancer classifies Aflatoxins as the 1st class carcinogenic substance. According to Doctor Nuts, the best conditions for storing nuts are 60 percent of humidity or below, with the constant temperature between 10 and 15 degrees Celsius. The better storage method would be to use the home vacuum food packaging machine to make small packages of nuts and keep them in cool storage. Even when you purchase small-pack nuts, it goes without saying, you must store unused portions in the freezer or cold storage.