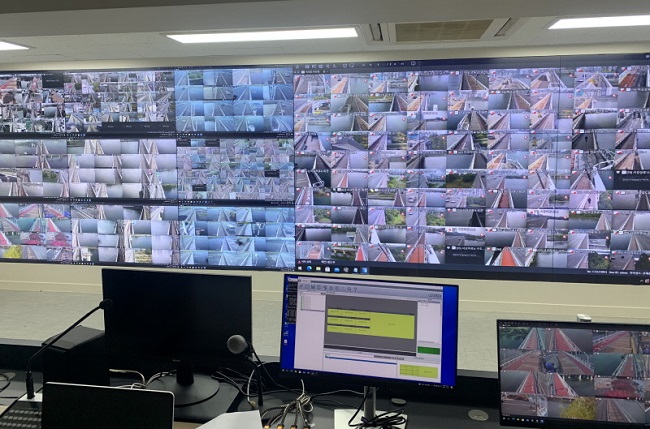 The Seoul Metropolitan Fire & Disaster Headquarters said Thursday that it had set up an integrated Han River Bridge CCTV control center within the Ttukseom Rescue Service Team, and is now engaged in trial operations.

The control center can take a full glance of dangerous situations on bridges over the Han River.

The newly-introduced system uses deep learning artificial intelligence (AI) to monitor CCTV footage as well as to identify the behavioral pattern of those who attempt suicide.

If this system detects an individual wandering on the bridges for a long time, it displays the CCTV footage on monitors at the control center.

Officials at the control center will monitor CCTV footage 24 hours a day. When dangerous situations are detected, they will send the CCTV footage to the nearest rescue workers, enabling them to make an instant response.

Rescuers in the field will have an image transmission device that will enable them to share CCTV footage and location information in real time.