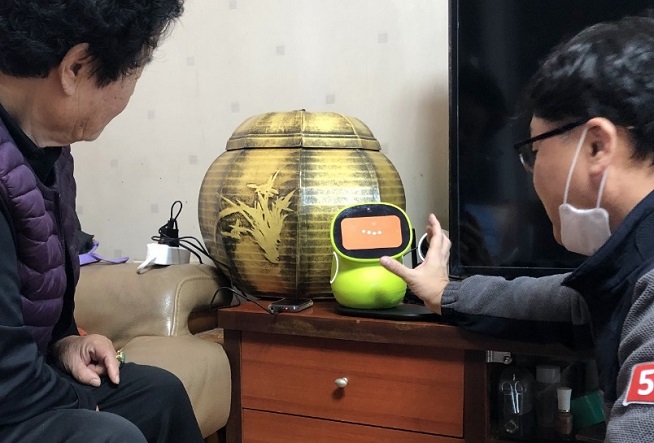 South Chungcheong Province plans to distribute the robots to 10 households in the southwestern county of Cheongyang, the region with the highest suicide rate in the province.

These households include seniors living in a solitary environment or those with depression.

The project is based on a joint research agreement that the province concluded with telecom giant KT Corp. last March with a pilot project scheduled to run until Oct. 2022.

The AI robot automatically reminds the user to take certain medications and sends out emergency texts.

The robot is also capable of engaging in conversation, helping users to overcome loneliness.

The robot collects conversation and movement data from the user, analyzing it for potential emergencies.

When emergencies do occur, the robot immediately notifies the guardian or a local public health center on weekdays, or the KT control center on weekends or late at night.

The guardian, a local public health center and the KT control center can call 119, the fire and ambulance emergency number, after checking the status of the robot’s user.