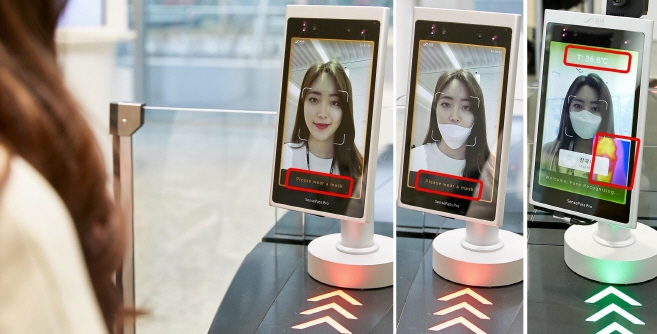 The system, to be introduced on Saturday, uses artificial intelligence (AI) technology to compare pictures submitted during the speaking test application process and a photo taken at the test center for identification.

Applicants will take a facial photo using a webcam installed on each computer prior to the test.

Naver’s facial recognition system touts a high accuracy of more than 99 percent, and is capable of identifying people’s faces in less than 0.1 seconds.

“The AI calculates facial structure for each photo and compares them for similarities, minimizing any margin of error,” Naver explained.

Naver and YBM’s TOEIC committee also plan to introduce the system to the Test of Spoken Chinese (TSC) and the Spoken Japanese Proficiency Test (SJPT).

“We hope that the new facial recognition system will not only prevent illicit acts of using substitutes for a test, but also simplify the check-in process for better convenience among test takers,” said Ha Keum-Soo, director of the YBM Korea TOEIC Committee.