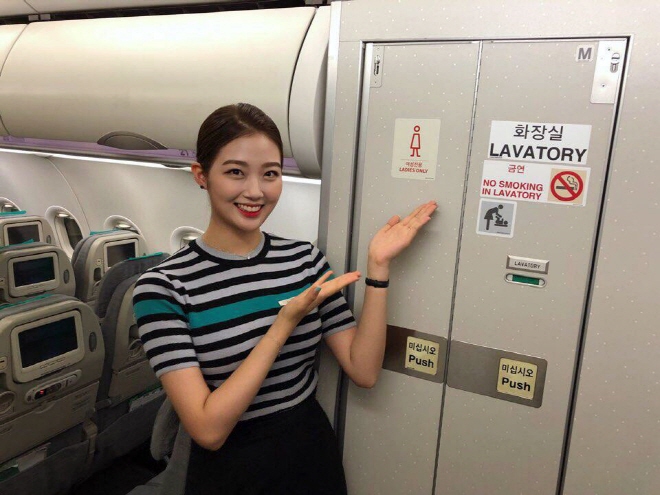 SEOUL, Sept. 10 (Korea Bizwire) — Air Seoul Co., a South Korean low-cost carrier, said Monday it has designated one restroom on each of its routes as female-only to meet demand from women travelers.

“Our business data shows six out of 10 passengers are women, and the company has responded to requests for women-only toilets in airplanes,” a company spokeswoman said by phone.

One of four restrooms on each of Air Seoul’s seven passenger jets has been designated as female-only, she said.

Air Seoul, a budget carrier unit of Asiana Airlines Inc., serves 17 international routes — 12 to Japan, four to Southeast Asia and one to Guam — and flies six 195-seat A321 jets and one 220-seat A321 jet, the company said.