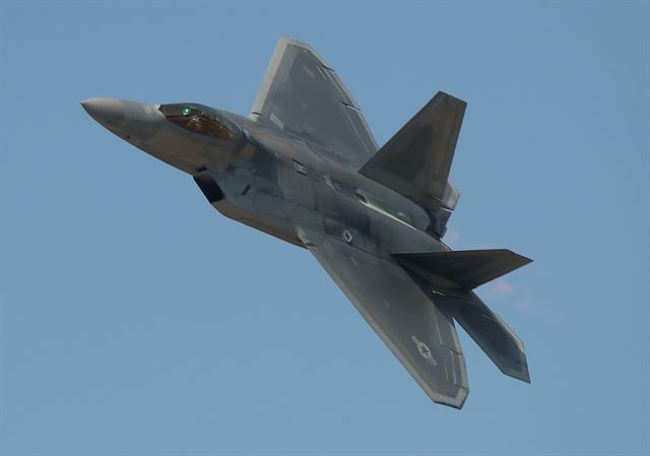 The United States and South Korea will stage a joint air force drill next month involving about 230 warfare airplanes, the U.S. Air Force said Friday, in an apparent show of force against North Korea. (Image: Yonhap)

The allies will hold the annual airborne exercise named Vigilant Ace from Dec. 4-8, mobilizing 12,000 U.S. personnel, according to the Seventh Air Force in Korea.

“This realistic air combat exercise is designed to enhance interoperability between U.S. and Republic of Korea forces and increase the combat effectiveness of both nations,” it said in a statement, referring to South Korea by its formal name.

The U.S. is planning to send six F-22 Raptor stealth fighter jets to take part in the drill in what is believed to be a move to put maximum pressure on North Korea, according to South Korean military officials. Three or four F-35A jets will likely also join it.

It would be the first time for six F-22 stealth fighter planes to fly over South Korea at one time.

As to the exercise, China’s foreign ministry called for restraint, repeating its stance that North Korea’s nuclear issue should be resolved through dialogue.

“We believe that all relevant countries need to show restraint and not to conduct activity that can intensify tensions on the Korean Peninsula,” Geng Shuang, spokesman at China’s foreign ministry, said in a briefing.

Earlier this month, three U.S. aircraft carriers conducted a joint naval exercise with the South Korean Navy in an unprecedented show of force against a provocative North Korea.

North Korea has long denounced joint military drills between Seoul and Washington as a war rehearsal for a northern invasion. The allies have said that the exercises are defensive in nature.