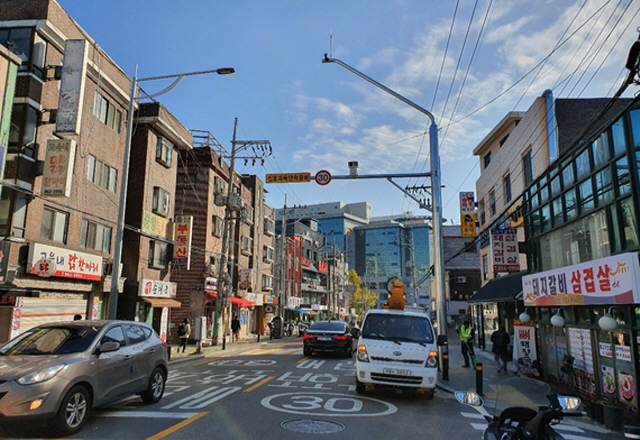 SEOUL, Dec. 3 (Korea Bizwire) — The Seoul metropolitan government said Tuesday that it will set up speed cameras in all school zones across the capital city by 2022 in an effort to enhance children’s safety.

CCTVs to crack down on illegal parking and stopping will also be installed in all school zones by that year, the city said while announcing a comprehensive plan to strengthen safety in the zones.

In South Korea, a school zone is drawn within a 300-meter radius with the main gate of an elementary school. Inside the zone, the parking and stopping are prohibited and a 30-km-per-hour speed limit is enforced.

According to the plan worth 24 billion won (US$20.21 million), some 600 speed cameras will be built in 527 zones that currently do not have such cameras among a total of 606 zones in the city.

In addition, CCTVs for illegal parking and stopping crackdowns will be set up in all school zones by 2022. At present, only 301 zones have such CCTVs.

The number of school zone traffic accidents was tallied at 440 between 2014-18, leaving six dead and 452 others injured, according to the city.

Meanwhile, political parties are also soon set to handle a bill to revise the traffic law to strengthen children’s safety in school zones across the country, a move taken following a traffic accident in which a 9-year-old boy died after being hit by a car inside a school zone in Asan, central South Korea, last September.