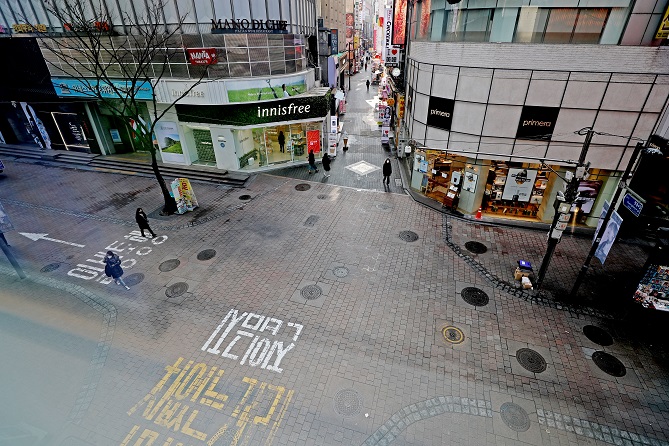 The file photo, taken Feb. 29, 2020, shows nearly empty streets in Myeongdong, one of the most popular shopping districts in Seoul, amid a sharp increase in online sales caused by the outbreak of the new coronavirus. (Yonhap)

SEOUL, May 12 (Korea Bizwire) — In South Korea, the rich were eager to buy cars while the middle-class turned to furniture and home electronics last year when outdoor activities were largely restricted due to the COVID-19 pandemic, a state-run think tank said Tuesday.

According to a report released on Tuesday by the Korea Development Institute, last year’s household consumption patterns were different from the years prior to the pandemic.

Local households’ actual consumption of durable goods declined by 10.2 percent year on year in the fourth quarter of 2008 when the global financial crisis occurred. In the second quarter of last year, however, this figure increased by 19.7 percent. 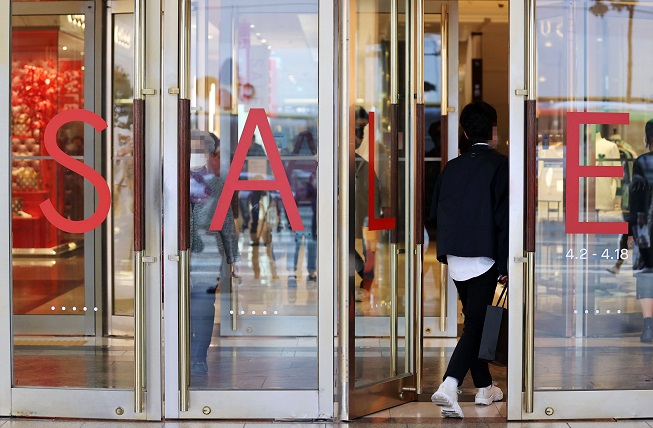 This image shows a special spring season sales promotion under way at a South Korean department store in central Seoul on April 5, 2021. (Yonhap)

Middle-income households (third quartile) marked the highest decline at 6.8 percent. This is because they were excluded from the government’s selective support package despite the decline in their overall incomes.

Under circumstances in which everyday consumption became difficult to maintain, the rich instead purchased durable goods.

Among durable goods, local households’ average spending on means of transportation, including automobiles, rose by 17.2 percent, led by the fifth quartile households whose spending on these items increased by 27.4 percent.