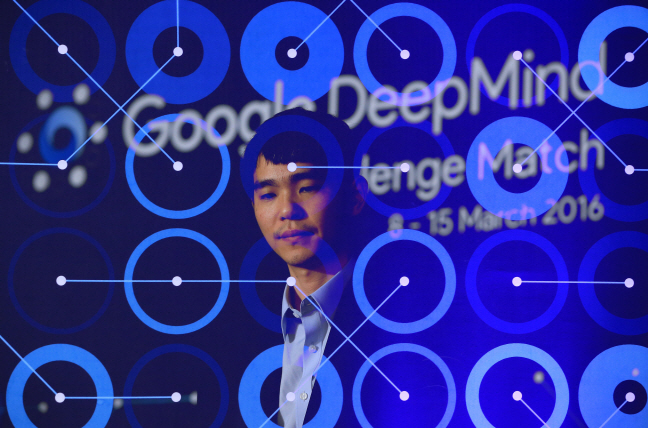 Lee, who famously defeated AlphaGo of Google’s DeepMind in 2016, will be up against HanDol, a program developed by South Korea’s NHN Entertainment Corp.

HanDol has already knocked off five of the country’s best players in Go, or baduk in Korean, and it will now test itself against one of the all-time greats in Lee.

When Lee faced AlphaGo, Aja Huang, a DeepMind programmer and an amateur 6-dan Go player, made the moves on the board after watching AlphaGo’s moves on the monitor.

While the job may sound simple, it required an understanding of Go rules, and Lee later said he was appreciative of Huang’s manners during the match.

Lee also said he was so impressed with Huang that he felt the programmer was like AlphaGo itself.

For HanDol, Korean amateur 5-dan player Lee Hwa-seop will play the role of Huang. Lee, who handles operations of NHN’s online baduk game, has gone deep into a couple of international amateur tournaments this year.

“I am grateful for this great opportunity,” he said. “Lee Se-dol’s retirement match is significant on so many levels. I feel pressure on my shoulders, but I’ll try to enjoy it.”

He remains the only human Go player to have defeated an AI system, having claimed one match in a series of five against AlphaGo. He later said he decided to call it quits because he felt he could not beat AI programs.