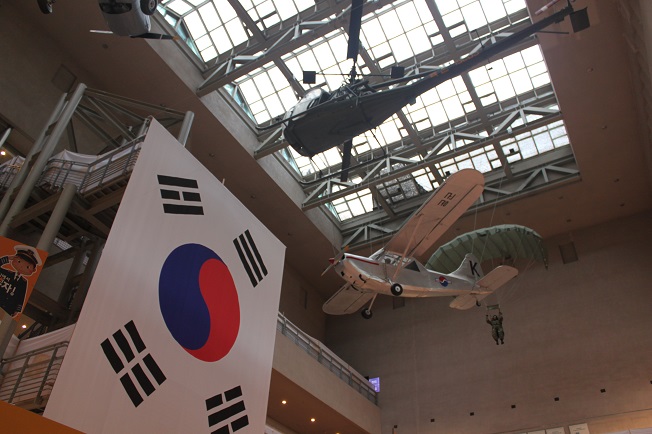 This undated file photo shows the national flag of South Korea hanging at a war memorial in central Seoul. (Yonhap)

SEOUL, June 1 (Korea Bizwire) — An amendment of the Nationality Act, for which the Ministry of Justice recently issued a legislation notice, is causing a controversy over preferential treatment for Korean-Chinese people.

The children of permanent residents can be acknowledged as Koreans only if they undergo the naturalization process after becoming adults. This is the case even if they are born in Korea but their parents are not Korean citizens.

The amendment, however, contains a provision that introduces the concept of birthright citizenship for the current Nationality Act, which is based on the right of blood.

The amendment is aimed at increasing the productive population as well as attracting future talent. It’s expected that the amendment would result in roughly 600 to 700 new naturalizations every year.

Nonetheless, there is growing criticism that the new amendment is in favor of Korean-Chinese people.

According to data from the Ministry of Justice, about 95 percent of the children of permanent residents who would qualify for citizenship under the new amendment are of Chinese nationality.

Another concern is that it could lead to a phenomenon dubbed ‘meok-tui’, meaning dine-and-dash in Korean.

Since the individuals targeted by the new amendment will be able to maintain their original nationality, they could return to their home country after enjoying welfare benefits.

However, it remains uncertain if the amendment will actually lead to a future boost in the Korean workforce.

“Since China does not allow dual citizenship, the number of those who attempt to acquire Korean citizenship would be limited,” lawyer Kang Sung-sik said.