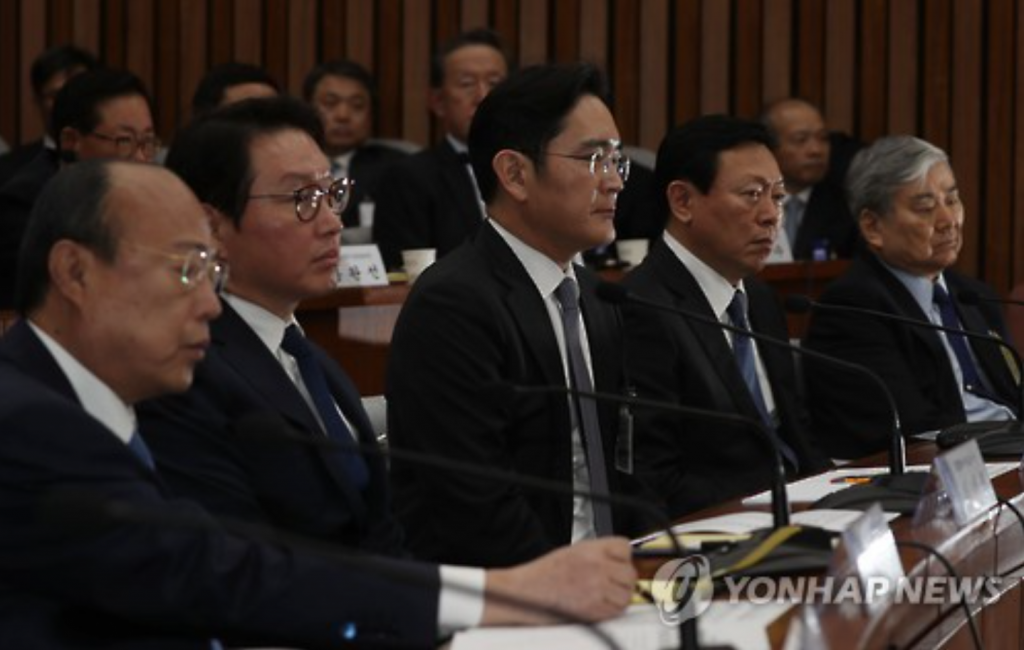 SEOUL, Jan. 10 (Korea Bizwire) – Many top executives of South Korea’s largest businesses are expected to skip the annual economic forum in Davos, Switzerland, this year due to a corruption scandal that has led to the impeachment of South Korean President Park Geun-hye, market observers said Tuesday.

Lee Jae-yong, vice chairman of Samsung Electronics and heir apparent of Samsung Group, will likely miss the World Economic Forum (WEF) as he is currently banned from leaving the country, they noted.

Several others, including SK Group chairman Chey Tae-won and Lotte Group chairman Shin Dong-bin, are also expected to miss the annual forum due to a travel ban.

The business leaders have not been formally charged, but are widely expected to be summoned in the near future by special prosecutors investigating a corruption scandal involving the president and her friend Choi Soon-sil.

The top business groups, along with five others including Hyundai Motor Group and Hanwha Group, provided nearly 80 billion won (US$66.9 million) in donations to two organizations — Mir and K-Sport — that were originally designed to be non-profit culture and sports foundations.

The special prosecutors believe the donations from the business groups may be considered bribes should they be found to have made such donations in exchange for any favors from the Park administration.

With many of the top business leaders expected to miss the forum, many will be replaced by their children holding positions at their firms, the observers said.

Hanwha Group and its chairman Kim Seung-youn will be represented by Kim’s eldest son Dong-kwan, vice president of Hanhwa Q-Cells, a battery making unit of the group, group official said.