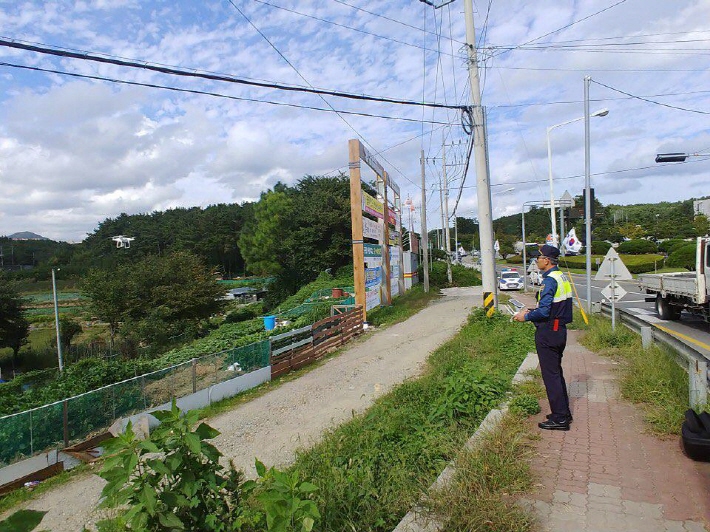 BUSAN, Oct. 24 (Korea Bizwire) — A police officer used a drone to catch a dog that broke into a farm and killed several chickens.

Busan Gijang Police Station Lt. Kim Sang-deok received a report last month that a black dog had broken into a farm and killed 18 chickens before it escaped.

When Lt. Kim arrived at the scene, the dog was nowhere to be seen. To prevent any further damage, Lt. Kim continued to look for the dog over the next four days.

He used a drone that he had purchased for his own personal use to search nearby areas. After only 30 minutes, he found a dog cage by a small hotel.

Lt. Kim is a professional drone pilot who started flying drones as a hobby before choosing to dig deeper and become properly certified.

He was able to confirm that the dog responsible for the break-in lived at the hotel. Lt. Kim showed videos and other evidence to the dog’s owner and acted as a mediator for compensation.

“I was having a hard time trying to look for this dog, until I remembered I could put my drone skills to use,” Lt. Kim said. “I’m just glad that the case is now solved.”