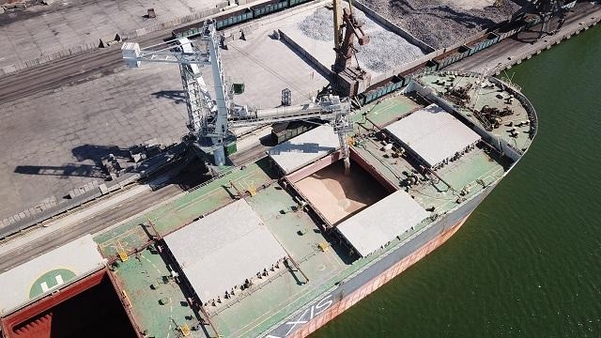 SEOUL, Feb. 4 (Korea Bizwire) — The amount of wheat and other grains brought home by South Korean agricultural firms more than doubled in 2020 from a year earlier, data showed Thursday, in line with the country’s efforts to revamp its national food security.

The combined amount of grains excluding rice imported through South Korean agricultural developers reached 110,000 tons in 2020, soaring from just 44,000 tons posted the previous year, according to the Ministry of Agriculture, Food and Rural Affairs.

South Korea is self-sufficient for rice, a key staple grain for South Koreans, but has been heavily depending on imports for other types of produce.

South Korean firms have been penetrating deeper into the overseas grain market to secure stable supplies of the goods.

POSCO International Corp., a trading affiliate of South Korean steel giant POSCO, has recently acquired a stake in a storage facility of wheat in Ukraine.

Through the terminal, the company shipped 68,000 tons of wheat used for animal feed to South Korea in 2020.

Pan Ocean Co., a shipping firm, plans to start shipments of corn to South Korea through another grain storage facility in the United States this year.

A handful of South Korean firms, including FarmStory and Lotte International Co., operate farms in Russia. In 2020, they have produced 63,000 tons of grains, of which 37,000 tons were imported to South Korea.