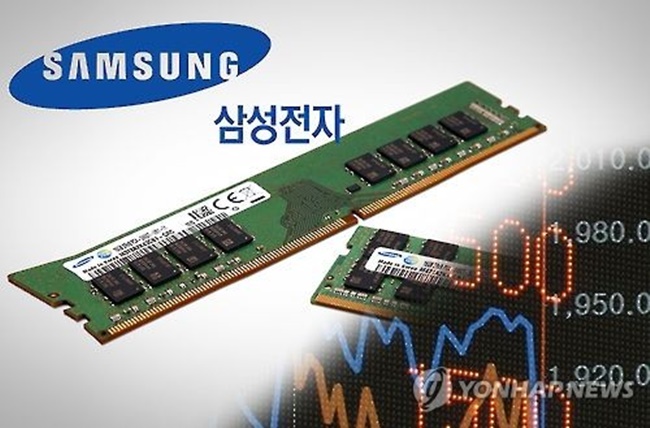 But some fund managers remained cautious, projecting its earnings cycle may take a turn for the worse.

“Over the past six months, Samsung has continued to rise, which means it will face a correction,” said Huh Nam-kwon, a fund manager at Shinyoung Asset Management Co. in Seoul. “But given its fundamentals, it is still cheap.”

Min Soo-ah, a fund manager at Samsung Asset Investment Corp., said Samsung is not overvalued and its earnings cycle is not showing signs of a downturn.

“There are no reasons (for Samsung) to fall,” he said.

Samsung’s stock price has been fueled by its strong earnings and a series of shareholder-friendly policies.

Backed by the improved performance of the chip business led by DRAM chips, Samsung’s first-quarter net profit shot up 46.29 percent from a year earlier to 7.68 trillion won.

Samsung said earlier its second-quarter performance of the mobile business would further improve following the full-fledged sales of the Galaxy S8 and Galaxy S8 Plus.

Shinhan Investment Corp. earlier projected that Samsung would rack up an operating income of over 13 trillion won during the second quarter of the year, up 32.4 percent from the previous quarter.

“Samsung will exceed Apple Inc. in terms of operating income and its chip sales will also beat Intel Corp.’s sales figure in the second quarter,” said Choe Do-yeon, an analyst at Shinhan Investment Corp. The analyst set the target price of 2.9 million won for Samsung.

“We need to see the fact that Samsung’s earnings have increased fast. … It is doubtful whether its earnings pace will go on,” Lee said.

Choe Woong-pil, a fund manager at KB Asset Management Co., provided a more cautious stance, saying that Samsung has no merit for investment as there is limited room for a further rise.

“It is time to remain cautious as the semiconductor sector is in a full-fledged upward cycle,” Choe said. “Its stock price may drop if there are signs that the cycle is going down.”