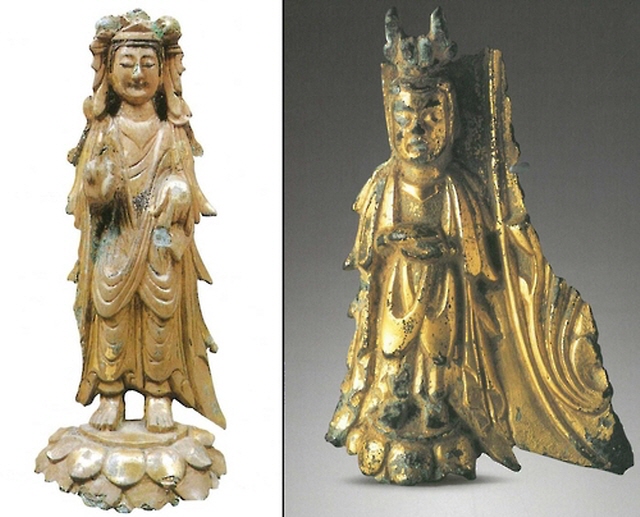 BUYEO, Mar. 12 (Korea Bizwire) — A gilt-bronze Buddhist statue believed to date back to the mid-6th century has been discovered in the ancient tourist city of Buyeo, a local cultural foundation said Sunday.

Buyeo was the capital of the Baekje Kingdom (18 B.C.-660 A.D.), which governed the southwestern part of the Korean Peninsula for centuries until it was conquered by the neighboring Silla in 660.

The Bodhisttva statue was found in the northern section of the remains of the Baekje-era fortress wall designed as the country’s national historic site No. 58 in the rural county, located 195 kilometers south of Seoul, according to the Baekje Culture Foundation.

The statue only has its body and hands, with its head and a circular decoration in the back symbolizing the light coming out from the body of Buddha missing. The remaining statue is 6.3 centimeters high and 2.4 cm wide.

It features Baekje’s unique artistic style, with influence from China’s southern dynasties in the mid-6th century.

“This gilt-bronze Bodhisattva statue is a very rare one,” a Buyeo County government official said. “We’ll set up plans for a thorough excavation into the adjacent area after consultations with experts.” 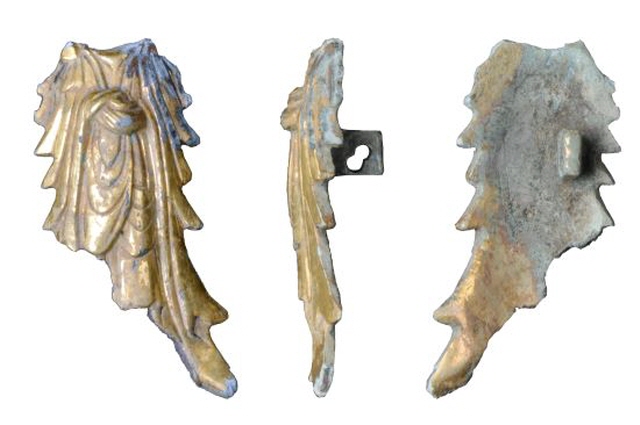