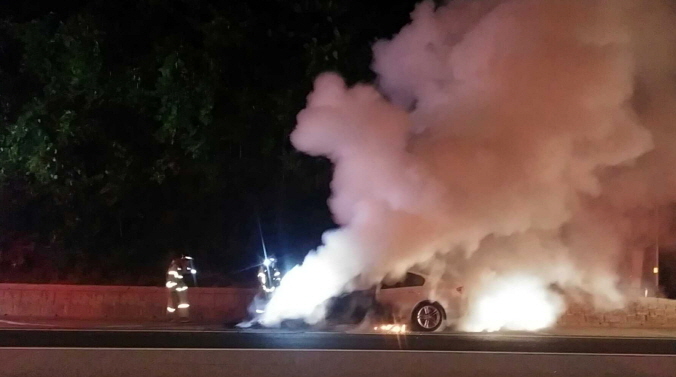 WONJU, Jul. 30 (Korea Bizwire) — Yet another 520d saloon produced by German carmaker BMW, which decided earlier in the month to issue a recall due to a series of fires, has gone up in flames.

According to the Wonju Fire Department, a fire started in the 520d that an individual referred to only as 44-year-old Lee was driving near the Chiak rest area on the Jungang Expressway headed for Chuncheon.

Lee said that the car’s dashboard indicated a warning signal, which prompted him or her to pull over on the right side of the road. “As soon as the car stopped, the engine went up in flames,” Lee added.

No one was hurt in the incident, as Lee was able to quickly evacuate after the fire started. The fire was put out 20 minutes after firefighters arrived on the scene following an emergency call. 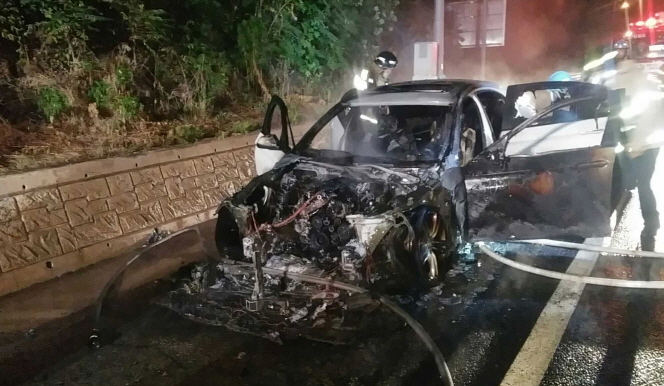 The police and firefighting officials are investigating the matter based on the driver’s statement.

On June 26, BMW Korea voluntarily recalled a total of 42 car models including the 520d due to concerns over vulnerability to fire in the engine area. The recall accounts for 106,317 cars in total.