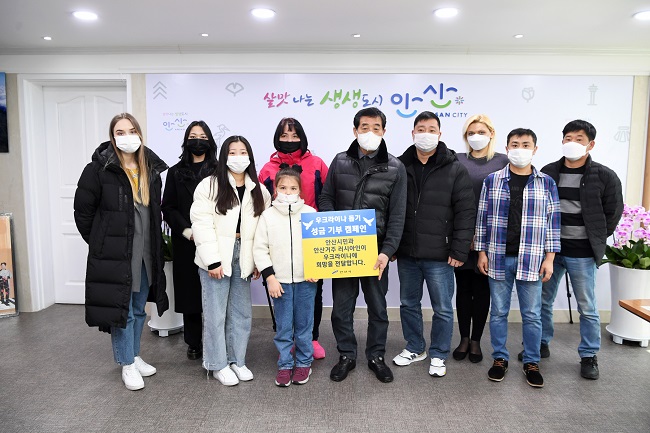 ANSAN, March 7 (Korea Bizwire) — The city government of Ansan, southwest of Seoul, said Sunday it will begin a fundraising drive to help Ukraine, which is currently fighting against the Russian invasion.

Ansan residents, including Russian nationals, will be hosting the fundraiser, setting up a donation box at the Foreign Residents Support Headquarters in Wonkok-dong’s special multicultural village zone.

The city is home to the largest foreign population in South Korea with 558 Ukrainians and 6,675 Russians counted among its residents. 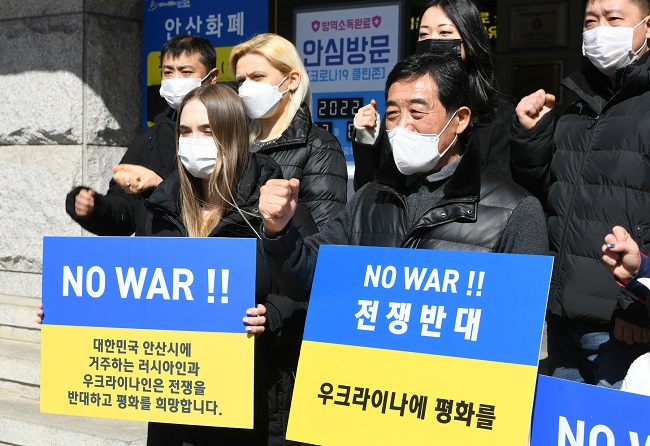 On Saturday, nine Ukrainian and Russian residents held a peace performance in front of Ansan’s city hall in protest against Russia’s invasion of Ukraine.

They were holding pickets that said ‘Russians and Ukrainians in Ansan Oppose War and Long for Peace’, ‘No War’, and ‘Peace to Ukraine’, urging Russia to stop the invasion.