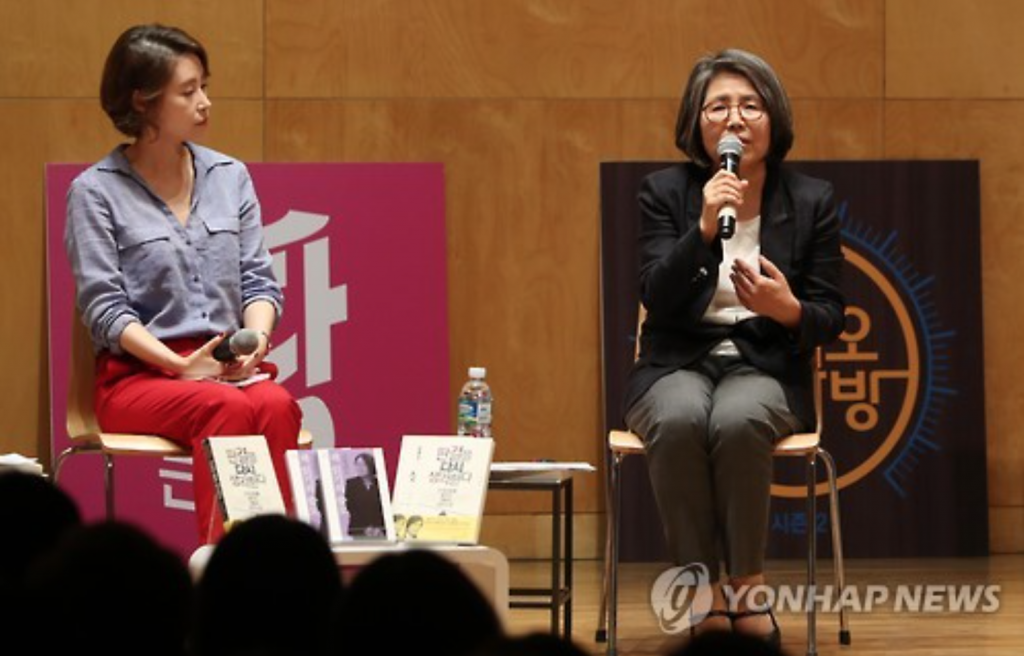 Kim Young-ran (R), the former head of the Anti-Corruption and Civil Rights Commission and architect of South Korea’s draconian anti-graft law, speaks during a lecture in Seoul on Oct. 6, 2016. (image: Yonhap)

The law, which took effect on Sept. 28, bans public servants, educators and journalists from receiving free meals valued over 30,000 won (US$26.50), gifts worth more than 50,000 won or congratulatory or condolence money of more than 100,000 won.

Violators face a maximum sentence of three years in jail and a fine of up to 30 million won. The anti-corruption law, which aims to root out corruption and irregularities existing in South Korean society, affects some 4 million people in the nation.

According to Bankers Club, a banquet hall operated by Shinsegae Chosun Hotel, nearly half of party subscribers have opted for meal sets priced at 30,000 won or lower.

Grand InterContinental Seoul Parnas Hotel said its sales of a banquet menu with a price tag of 30,000 won have grown rapidly. Novotel Ambassador Seoul Gangnam has seen the number of reservation queries by business people rise after the law went into effect.

Watchers said local hotels appear to be adjusting relatively well to the law by offering a lower-priced menu and attracting business meetings, in contrast to prior concerns they would be hit hard.

In addition, the much-debated law has made existing menus priced below 30,000 won gain popularity among customers. Seoul Garden Hotel has seen a 50 percent rise in the number of people who eat lunch at its buffet restaurant for 29,700 won, following the implementation of the Kim Young-ran Law, named after the former head of the Anti-Corruption and Civil Rights Commission.

“The menu seems to have taken center stage after the anti-corruption law took effect,” a hotel official said. “Reservations for breakfast meetings have nearly doubled.”