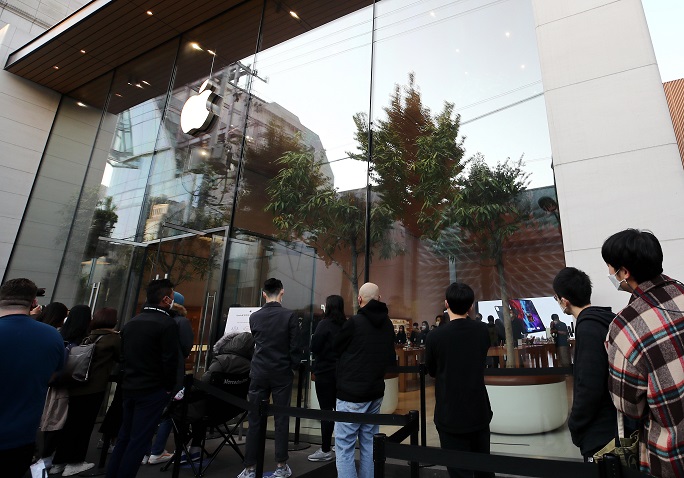 This file photo, taken Oct. 30, 2020, shows visitors waiting in line outside Apple Inc.’s store in southern Seoul on the day of the iPhone 12′s launch. (Yonhap)

SEOUL, Dec. 4 (Korea Bizwire) — Apple Inc. is picking up the pace in its efforts to grow its presence in South Korea, a market that has long been dominated by Samsung smartphones.

The U.S. tech giant recently announced that it will open its second official store in South Korea. The store will be located in Yeouido, a neighborhood with heavy traffic of young people and office workers.

Apple is also preparing to open its third store in Myeongdong, leading to speculation that it will open its fourth store somewhere outside Seoul – perhaps in Busan, South Korea’s second-largest city.

Industry analysts said that the opening of the Yeouido store is a signal that Apple will aggressively attempt to increase its retail presence in the country.

Apple also decided to launch its first 5G smartphone – the iPhone 12 series – in South Korea earlier than its usual schedule.

In the past, the company has released its new smartphones in South Korea about one month after it launched the first batch of products in its first and second priority groups of countries. 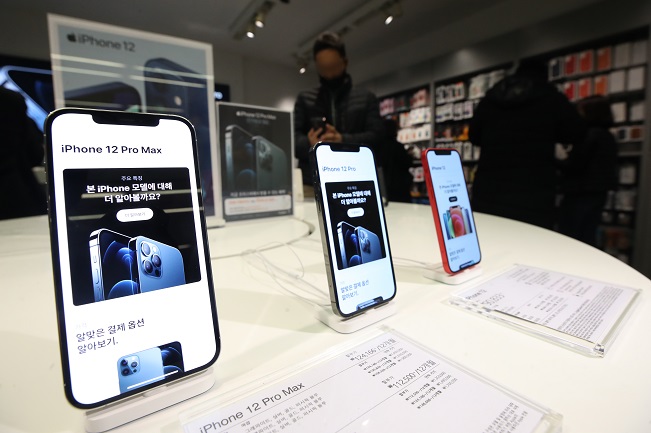 The shift in its approach to South Korea came after the nation’s status has been upgraded to a higher level as the world’s first market for 5G commercial services.

If Apple can achieve success in South Korea, a market with well-established 5G infrastructure, it could also have a competitive edge in global 5G markets.

Moreover, by making a bigger foray into South Korea, the home of Samsung Electronics, Apple could also keep its rival Samsung in check.

However, Apple’s ambitious move could face stumbling blocks, particularly considering that local consumers have incessantly complained about the poor quality of Apple’s service and customer care.

“It’s good news that Apple is stirring up competition in the domestic smartphone market,” an industry source said.

“However, it will be difficult for Apple to gain strong growth here without solutions to address its chronic problem – the shortage of after-sales service management.”