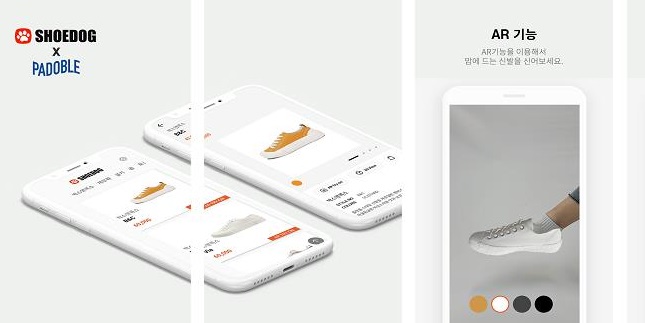 This captured image, provided by Busan Economic Promotion Agency, shows the interface of its SHOEDOG app.

BUSAN, May 21 (Korea Bizwire) — The Footwear Industrial Promotion Center of the Busan Economic Promotion Agency, together with local startup K-Nets & ENG Co., has jointly released a new augmented reality (AR)-based application that enables users to virtually try on a variety of shoes.

With the new SHOEDOG app, consumers can try on shoes virtually, while checking the design by rotating them 360 degrees using a three-dimensional view function.

The app is linked to the Busan-based shoe brand Padoble, allowing users to buy shoes through an online shopping mall.

The Footwear Industrial Promotion Center signed a memorandum of understanding with K-Nets & ENG and decided to strengthen cooperation in the areas of ‘shoe 3D AR fitting’-related data production and AR fitting commercialization.

“We released the app as part of efforts to bring higher satisfaction to consumers as well as to reduce the agony of footwear companies arising from frequent returns,” an official at the Footwear Industrial Promotion Center said.