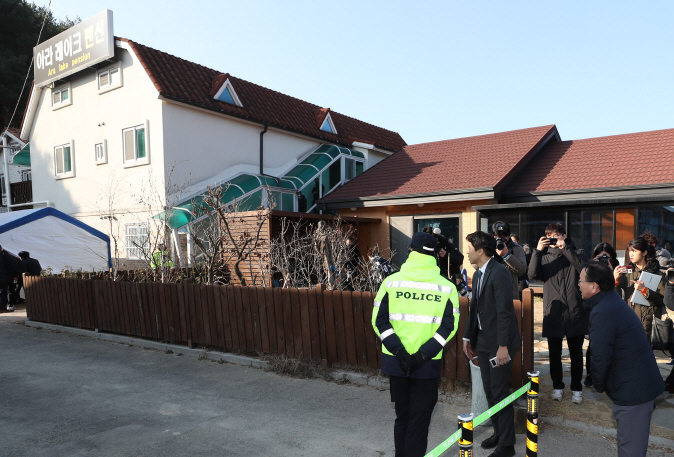 The site of the gas poisoning accident that took the lives of three high school students and left seven others unconscious in a guesthouse in Gangneung, about 240 km northeast of Seoul, as police and crime lab officials process the scene on Dec. 19, 2018. (Yonhap)

SEOUL, Jan. 18 (Korea Bizwire) — A South Korean teenager recently tweeted about her shocking experience at a beach where she planned to watch the sunrise on New Year’s Day.

In the tweet, she said she was kicked out of two jimjilbangs, or Korean saunas, even though she submitted letters of permission from her parents, which are required under law for teens to use the saunas after 10 p.m.

“The letters have recently ceased to take effect, so teenagers cannot stay overnight at jimjilbangs even if they bring a letter,” said a local jimjilbang owner.

The teenager and her friends were left with no choice but to spend the night at local convenience stores and 24-hour fast food chains.

The city of Sokcho, Gangwon Province, where the incident took place, said that it did not send out any guidance to take such actions, arguing that some jimjilbangs have unilaterally taken extravagant measures ever since the recent tragedy in which students from Seoul’s Daesung High School were killed in a gas leak during their stay at a pension.

Some blame education authorities for engineering public opinion to blame the incident on the students who were ‘left unattended after the Korean SATs.’

According to them, the recent turn of events seemed to restrain the students immediately following the accident.

In fact, one high school in Seoul reportedly called an emergency session to educate seniors on safety just two days after the accident. The seniors had to go to school during was what supposed to be a vacation week.

“It’s pointless to take more safety education,” said the individual who tweeted about her experience. “What matters is lodging owners building safer facilities.”

Adults could also have fallen victim to the gas leak accident. To the teen who tweeted, gathering up seniors to give safety lessons as a “follow-up measure” didn’t make any sense.

Human rights advocacy groups for teenagers say that there exists some kind of ‘aversion against teenagers’ in South Korean society.

Teenagers are seen as being less than proper citizens, who always need to be subject to protection and management, only because they are young.

“The emergency session was conducted only in certain schools with good intentions to take more robust action,” said a source from the Seoul Office of Education, ironically corroborating the argument that administrative agencies and education authorities autonomously decided to take such measures based on the certain ‘belief’ they have about students.

“Our society tends to blame parents and teachers when a teenager gets into an accident, leading many of us to believe that teenagers need to be supervised,” said Gong Hyun, a teenager rights activist.

The teenager who wasn’t allowed in the jimjilbang said this is an act of blaming teenagers, arguing that “spending the night outside is more dangerous than in a jimjilbang.”