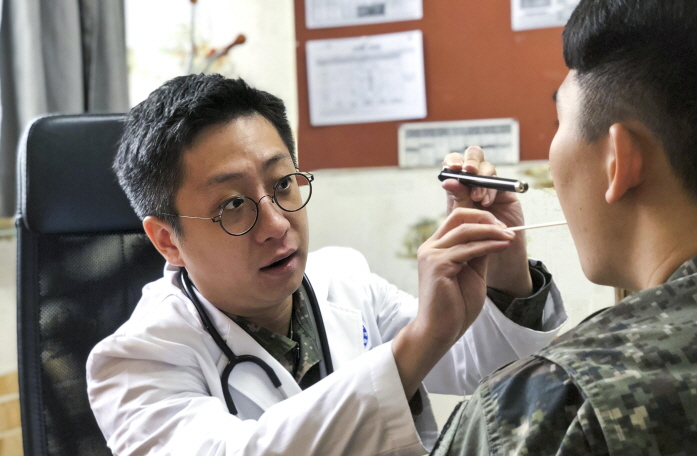 SEOUL, Apr. 15 (Korea Bizwire) — Capt. Heo Jun-nyeong of the 21st Infantry Division of the ROK Army has developed an artificial intelligence (AI) program that can predict the aftereffects of a stroke.

The Army announced on Sunday that Heo’s paper on the AI program was published by Stroke, an internationally acclaimed journal on strokes.

Capt. Heo’s interest in strokes began during his residency years, after treating a patient who has been experiencing aphasia following cerebral infarction.

Heo, who also took great interest in programming, thought of a way to combine AI technology with stroke treatment, and began his research in May of last year.

A seven-month study ended in success. Heo’s new model was able to ensure 90 percent predictability, which will only rise as the AI program accumulates more data over time.

Heo’s new prediction model involves inputting 38 factors into the AI program, which will then predict the medical state of the patient three months after stroke treatment.

Captain Heo spent three months collecting data from 2,602 patients, which was incorporated into the AI program to raise reliability.

He wrote the details of his research in his paper to allow others to put his studies into good use.

Predicting the aftereffects of stroke patients will help doctors to come up with more objective treatment plans for patients.

Heo’s passion for stroke treatment does not end here.

In 2012, he also created Stroke 119, an application that offers emergency diagnosis for strokes. The app offers simple methods on diagnosing strokes, and the location of hospitals that specialize in the field.

“Many stroke patients miss the golden time for treatment because there is simply no information out there to help them,” said Heo.“That is why I wanted to help them.”