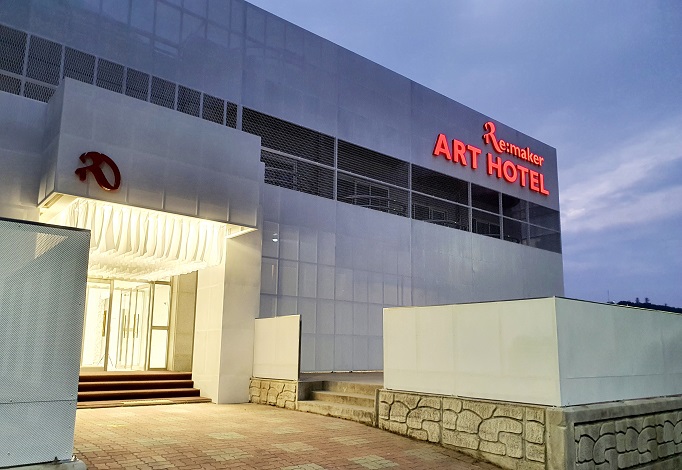 CHUNCHEON, May 21 (Korea Bizwire) — An ‘art hotel’ designed by artists has opened in Gangwon Province.

The Gangwon Art & Culture Foundation opened Re:maker, an art hotel located in the east coast’s northernmost village of Myeongpa-ri near the Demilitarized Zone (DMZ), on Thursday.

Re:maker features a pair of two-story buildings, each with eight guestrooms. 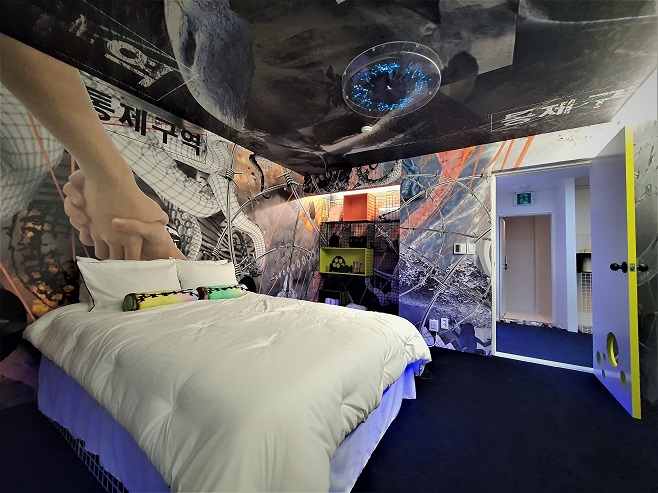 The hotel was built to symbolize the Korean peninsula, which continues to be divided by ideology, and the longing for peace and coexistence.

The guestrooms, or the so-called ‘art rooms’, are ‘little galleries’ that showcase various artworks on peace, ecology, and the future, the foundation explained.

Between October and April of last year, a total of eight artists joined the project to complete the hotel’s design. 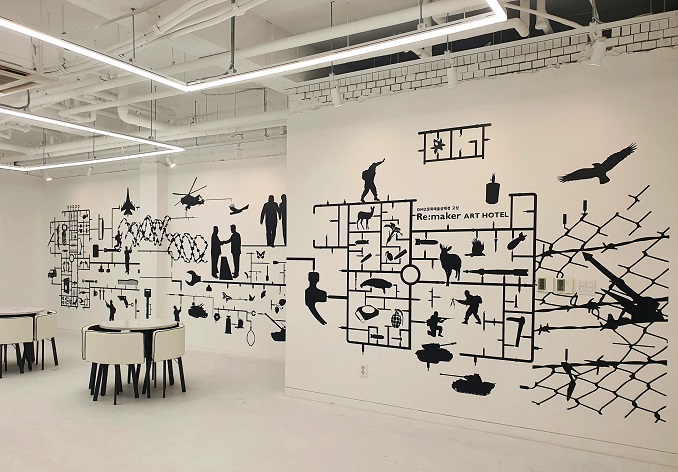