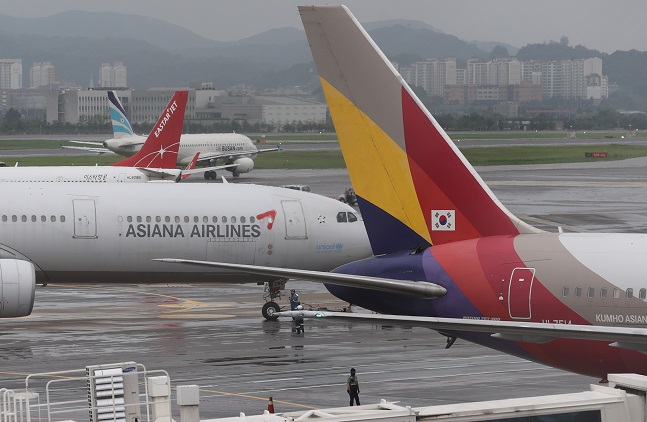 Net losses narrowed to 404.51 billion won (US$367 million) last year from 817.89 billion won the previous year as the company had employees take unpaid leave, streamlined overseas operations and focused on winning cargo deals, the company said in a statement.

Asiana has suspended most of its flights on international routes since early last year, dealing a blow to its annual bottom line.