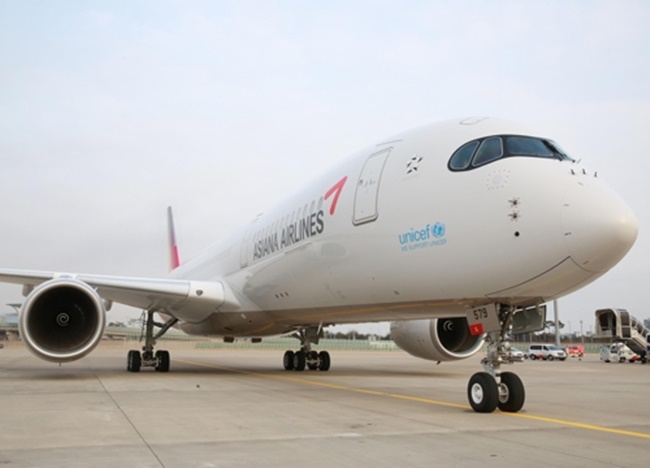 The plane is part of an order of 30 twin-engine jets placed by the airline as it upgrades its fleet.

“The jet arrived at Incheon International Airport earlier than expected after making a flight from Toulouse, France, the home of the European aerospace company,” the company said.

Airbus delivered four A350s to Asiana last year and plans to send the sixth in July. The remaining 24 A350s are scheduled to be delivered gradually by 2025, according to the company.

Asiana employs the fuel-efficient 311-seat planes on daily long-haul routes connecting Incheon with London and San Francisco. The company said the planes will be used on the route to Los Angeles later this month.

The A350s are popular because they offer more space for travelers, even those in economy seats, are less noisy and emit less greenhouse gas during operations.

The airline, meanwhile said it is moving to open new routes to ferry passengers to Venice, Italy, and Barcelona, Spain, within the year, helping to attract more flyers.