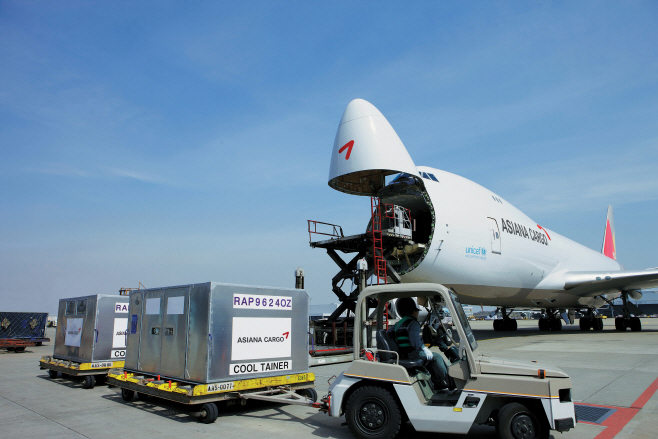 SEOUL, Aug. 23 (Korea Bizwire) — Asiana Airlines Inc. said Wednesday it will concentrate on the special cargo business that has been bringing in high profits on increasing demand.

Premium cargo includes items that require special handling, such as live animals, fresh foods and medicine, as well as industrial products like semiconductors.

Cargo demand for temperature-sensitive medicine and vaccines increased 48 percent, according to Asiana. The company transported more than 7,000 tons of cherries so far this year, an increase from 5,300 tons for the whole of last year.

Other special freight included 90 horses and 870 pigs, which required maintenance of the right temperature and moisture, and appropriate level of carbon dioxide, Asiana said. The company also helped move two Indo-Pacific bottlenose dolphins that were released back into the sea in May.

Officials said Asiana plans to increase special cargo flights to America, where demand for service is expected to increase for IT components with the launch of new smartphones. It will also increase such flights to strategic routes, such as Hanoi and Hong Kong, they said.